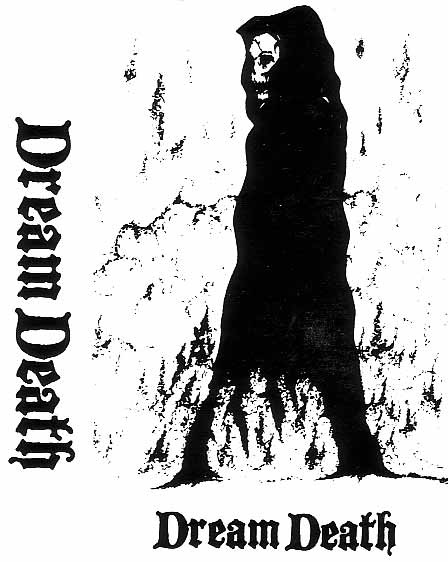 In the annals of forgotten, unappreciated, worthy pioneers, Pittsburgh sludge lords Dream Death loom large. I took some heat after Sound of the Beast came out for naming their sole New Renaissance LP, Journey Into Mystery, one of the best metal records ever made. If I had a chance to revise that list today, Dream Death would not be the first band dropped from the list. They effectively fused doom and thrash as well as anyone but Celtic Frost, locking down bolt-solid heavy metal with hypnotic circular riffs.

This first demo sounds like a good rehearsal tape, and the fundamental chemistry of the band has already gelled. “Under a Blood Red Moon” is especially horrific.

Most of the band chilled out and remained together through the 1990s as Penance. Drummer Mike Smail was recruited for Cathedral. Theres’s a MySpace page, and also this New Renaissance Records page.