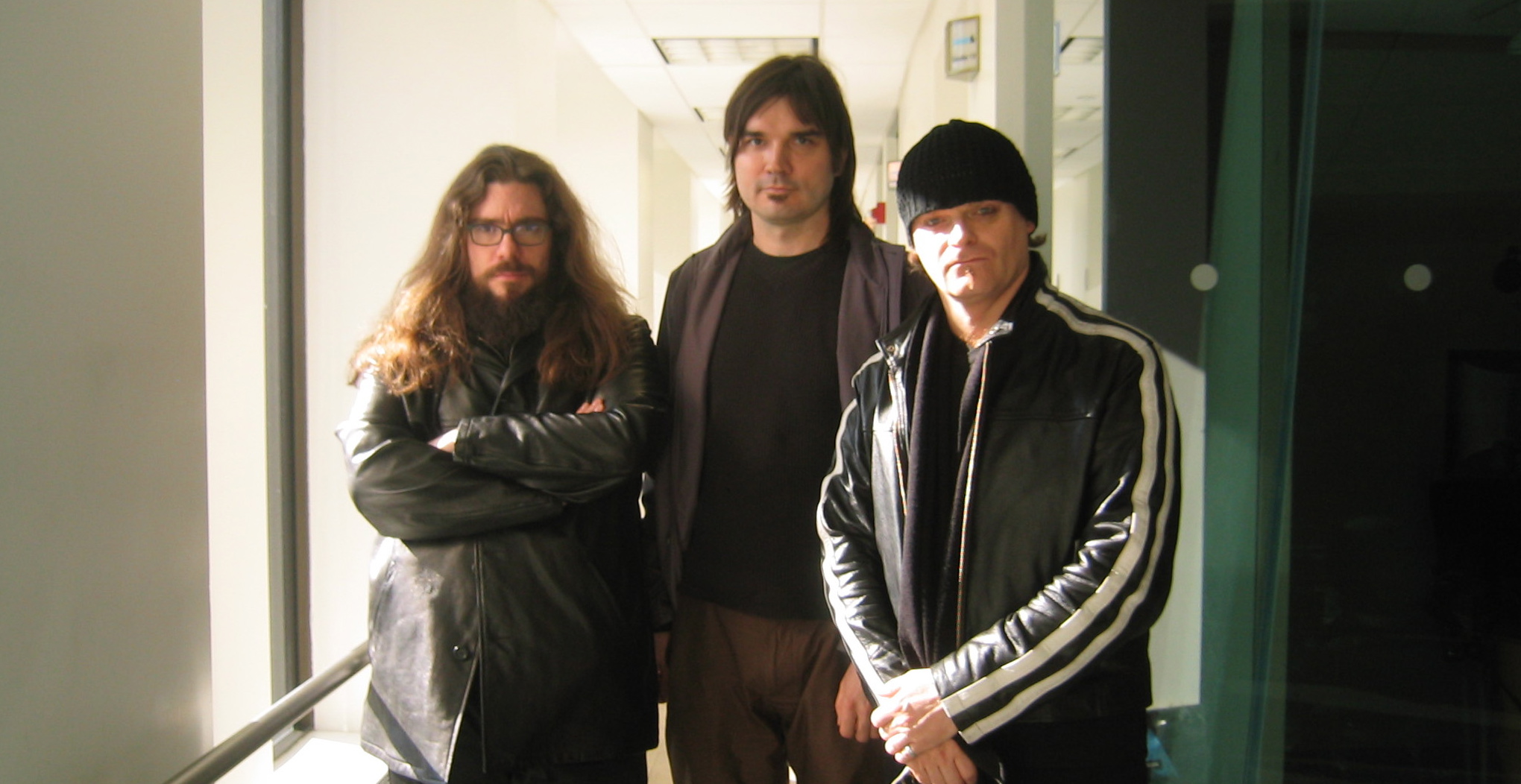 In the name of sloppy, ruinous cavorting, I left my camera at home and went out to see Celtic Frost last night opening for Type O Negative. So no photo collection to offer, just this high tech shot of the new Hellhammer line-up (wishful thinking — in reality, that’s your author flanked by the artists formerly known as Satanic Slaughter and Slayed Necros on Ash Wednesday 2006.)

If anyone has good current Frost photos, send the link. At recent shows, Martin Ain wears so much black corpsepaint he looks like he ate his way out of a wet grave. Drummer Franco Sesa bashes until his eyes bug out, and he looks like a more demented Tom Warrior circa Morbid Tales. Somehow the grand lunatic Tom Fischer ends up looking like the responsible one these days, the ringmaster of grunts. Compared to last year’s headlining tour, they’re playing way more fast breaks on classics like “The Usurper” and “Into Crypt of Rays,” leading to weird, great transitions between crawling sludge and precision morbid thrash.

Type O Negative? They’ll live forever because they just don’t give a rat’s ass what anybody thinks. They’re good, they’re funny, and this tour with Celtic Frost is a match made in the smoldering ash pits of doom-laced dramatic metal heaven.