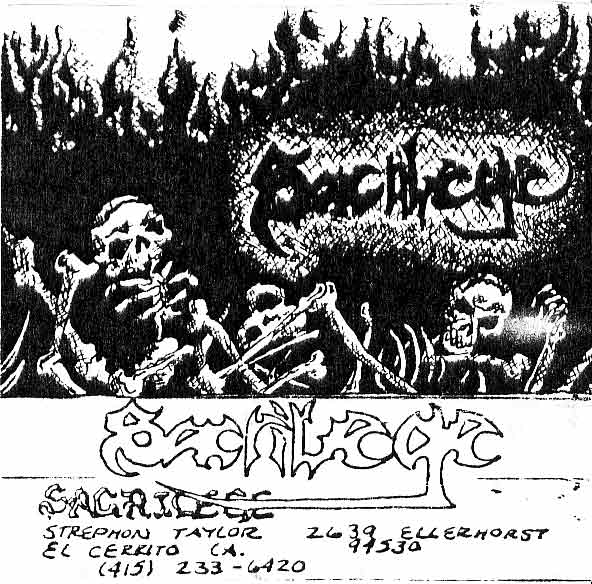 “You can copy this tape and its cover all you want and spread it around — thanks, Strephon Taylor.”

Okay! That’s the handwritten message on this raging debut demo from El Cerrito’s early thrashers Sacrilege — soon to become Sacrilege BC (for Berkeley, California). These guys were well-dosed in Exodus, high on violence, down on Jesus, and ready to rage. Somehow they escaped greater infamy outside the trader circuit — probably because it would be five years before major labels bit into the thrash fad fully. Too bad, this is slick stuff for ’85, good fast hardcore-influenced thrash that nods to Dr. Know and early Slayer. Check the gnarly change-ups on “Crucified”!

The band’s two albums — Party With God and Too Cool to Pray — are also badly in need of reissue. On the plus side, some cool evidence survives: