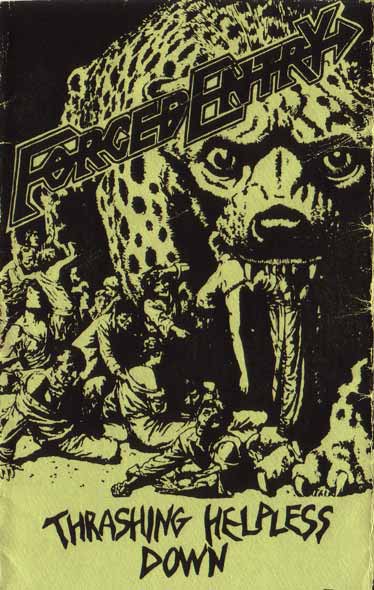 The Pacific Northwest isn’t known for being peppy, so it shouldn’t surprise anyone that Seattle’s best-known thrash metal export Forced Entry are the most joyless and workmenlike ragers ever to bark an open E-string. I’ll take the oozing sludge of neighbors Melvins, Burning Witch, and Thrones any day, but Forced Entry had two albums out on Combat/Relativity, so they probably warrant a quick listen.