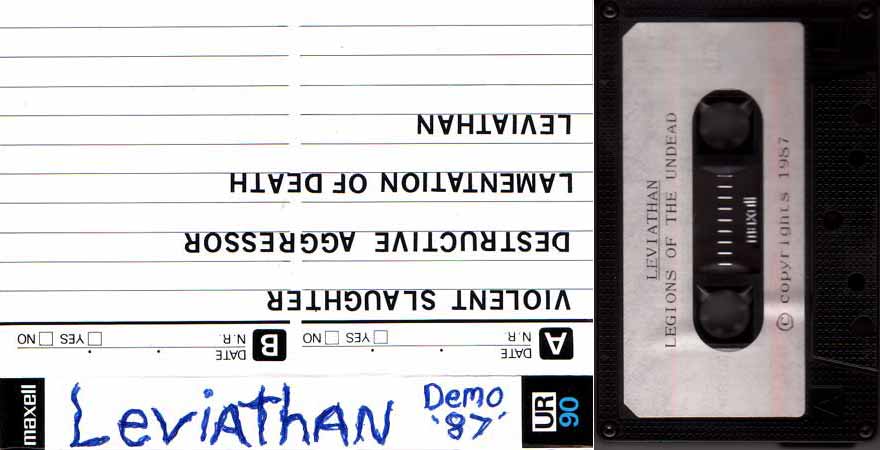 Amazing revelation time—I wanted to post this great 1987 deathly thrash demo by Leviathan, but the sparse packaging offered no details about the band. I did a little digging, and it turns out this is one of Chris Barnes’ bands in New York before forming Cannibal Corpse and heading to Florida. With the sharp, vicious vocal delivery, I never would have guessed. Jeff Juszkiewicz of Malevolent Creation also appears on guitar, according to Metal Archives, but, really, don’t get the wrong idea…

Leviathan are into darkness and violence, but they sound infinitely more like early Kreator or Dark Angel than anything resembling Cannibal Corpse or Malevolent Creation. In fact, they sound more like Municipal Waste! Fast hectic speed reigns throughout four songs, featuring lots of light vocal stabs by Mr. Barnes and amazing drumming by Angelo Lococo. This is great stuff — see for yourself:

(Oh what? You thought the SF-based psychedelic black metal guy thought up this well-worn band name?)

Roots of the Exhumed Family of U.S. Metal Freaks | on Sirius XM