Home HEAVY METAL Van Halen Book Somebody Get Me an Eye-Doctor! 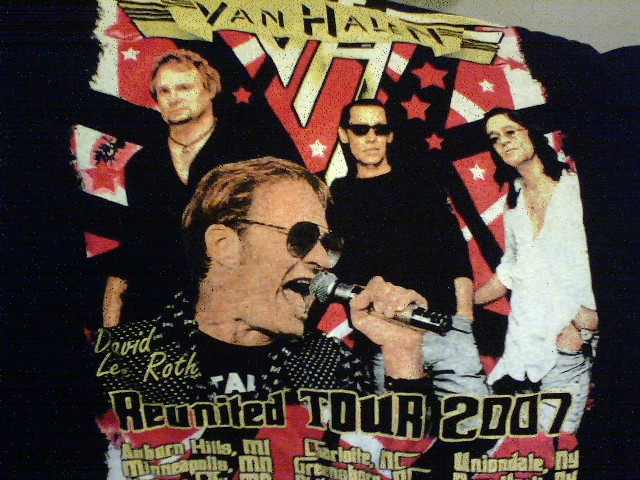 Van Halen’s battles with parking lot T-shirt bootleggers are legendary — in fact, during the peak of the ’80s Roth era, when the band still produced its own merchandise, they even made their own cheap, garish knock-offs to compete with illegal shirt pirates. So what I saw last night outside after the completely fantastic Philly show really took balls upon balls: a squad of fleet-footed bootleggers selling Van Halen “Reunion” 2007 shirts picturing Michael Anthony! Nice job, crooks!

I have to wonder if the black market is revealing its true feelings? Michael Anthony has been so cool in all the statements he’s made about surrendering his bassist spot to the much younger Wolfgang Van Halen. I hope he gets a kick out of being remembered by the bootleggers.

(Guess they didn’t READ THE BOOK yet.)