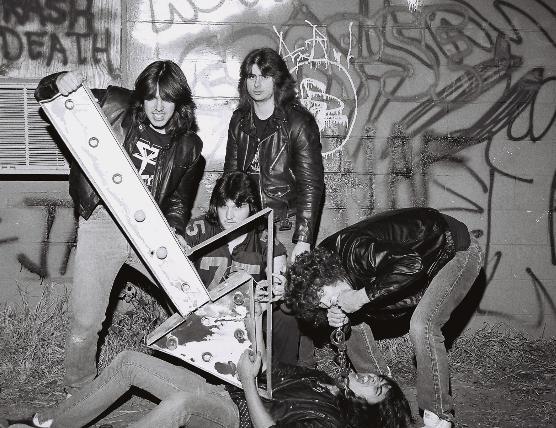 This three-song tape purloins a LOT of choice riffs from Exodus’ Bonded by Blood, but that’s not a bad place to start. Their zealous thrash energy can’t be faked, and compared to a lot of excitable demo bands at the time, they can actually play — and keep a fast tempo together.

Who knows what influence these guys had on Pantera’s decision to play thrash? Rotting Corpse later traded the Abbott brothers a used motorboat for studio time to record a future demo, and Vinnie Paul even ran the mixing board. When Rotting Corpse was all over, Walter Trachsler briefly played guitar with Death on the Spiritual Healing tour.

Two or three years ago Rotting Corpse rebanded for a few shows and re-released their demos on CD in three modest editions of 100 copies. There’s also a historical DVD that I’ve got to see. Their MySpace page is HERE, and read an excellent lengthy interview with Steve Murphy — now a computer entrepeneur — at texasmetalunderground.com.