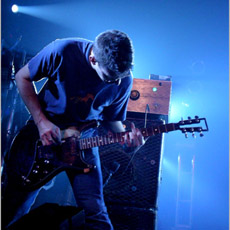 Most folks, including me, are probably more familiar with the name Crawldaddy than the actual contents of the late-’60s magazine of rock. Well the venerated title is back in some ghostly form, and they’ve dug up a 1994 interview I did with High on Fire/Burning Witch/Nirvana producer Steve Albini where he lays out his anti-bullshit spiel.

Here’s one of the astute things he said:

“…I think Candlebox’s fans hold them very loosely, there just happens to be an awful lot of them at the moment. In five years time, you’ll have as hard a time finding a Candlebox fan as you would finding a die-hard Huey Lewis fan, or a Quarterflash devotee. You do remember what a huge success Vanilla Ice was? Now, you could turn America upside-down and shake it, and not find a Vanilla Ice fan. I still run into people who are rabid fans of something as obscure as MX-80 or the Suicide Commandos. The fact that a band can be quite popular temporarily has nothing whatsoever to do with their ultimate importance.”