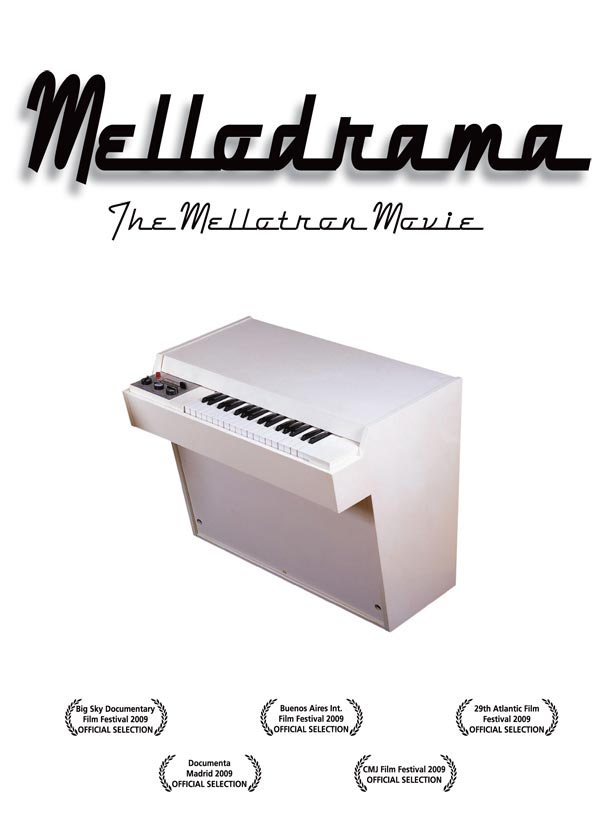 “A study in the unpredictability of innovation.” – Rhizome

“An insider’s view on the history of the Chamberlin and the Mellotron, which isn’t always pretty.” – Echoes

“This is where sampling started.” – Jon Brion

Bazillion Points Publishing is delighted to announce the long-awaited DVD release of the acclaimed and unusual music documentary, Mellodrama: The Mellotron Movie, by Dianna Dilworth, coming January 2010 in NTSC Region 0 format packed with bonus features in a deluxe Digipak.

Mellodrama explores the five-decades-long rise and fall of the Chamberlin and its better-known successor the Mellotron—the first musical keyboards to play the prerecorded sounds of other instruments. Essentially the first sampler, its haunting sound has changed the production and texture of popular music, from the Beatles’ “Strawberry Fields Forever” and the Moody Blues’ “Nights in White Satin,” to Radiohead’s OK Computer and Kanye West’s “Gold Digger.”

“While everybody knows the sound of the instruments, most people have never heard of the Mellotron or the Chamberlin,” says director Dianna Dilworth. “I hope Mellodrama will change that.”

Mellodrama: The Mellotron Movie DVD includes the 80 minute film, 30 minutes of DVD extras, and an 8-page booklet containing an essay by Mike Pinder of the Moody Blues and several illustrated machine timelines.

Preorders and more info are now available right over here: