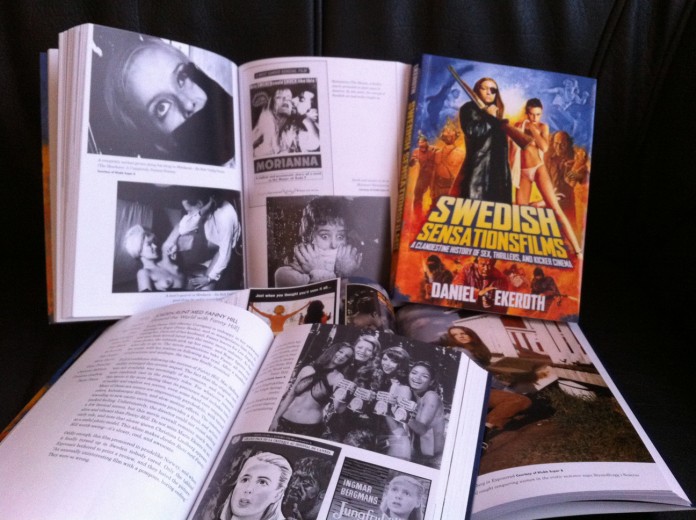 Available April 1 in bookstores everywhere, Bazillion Points Books presents SWEDISH SENSATIONSFILMS: A Clandestine History of Sex, Thrillers, and Kicker Cinema (ISBN 978-09796163-6-5 US$19.95), a lavish and fiery 328pp retrospective of over 200 banned and cut films produced during the golden age of Swedish sin. “I was born into a rising whirlwind of madness,” says author Daniel Ekeroth. “As the ’70s came along, all limits were forgotten. Sweden was flooded with sexually explicit and violent films of every kind, and all morals were gone.”

With dark humor and an eye for cultural quirks that will leave readers wondering whether these films are even real, Ekeroth paints the portrait of a national cinema run amok. Special sections include two historical overviews, a recollection by starlet Christina Lindberg, a list of essential sensationsfilms, a rogues gallery of directors and cast, and a hilarious guide to curious Swedish customs.

Why does John Waters cite Ingmar Bergman as a role model? What are raggare, and why do they hate punk rockers? Can taking the name “Marquis de Sade” really change a bachelor’s luck with women instantly? Why won’t France or Germany make films with Sweden any more? Ekeroth reveals all… in Swedish Sensationsfilms.