Home Bazillion Points Books MURDER IN THE FRONT ROW: Gary Holt on How Metal Learned to... 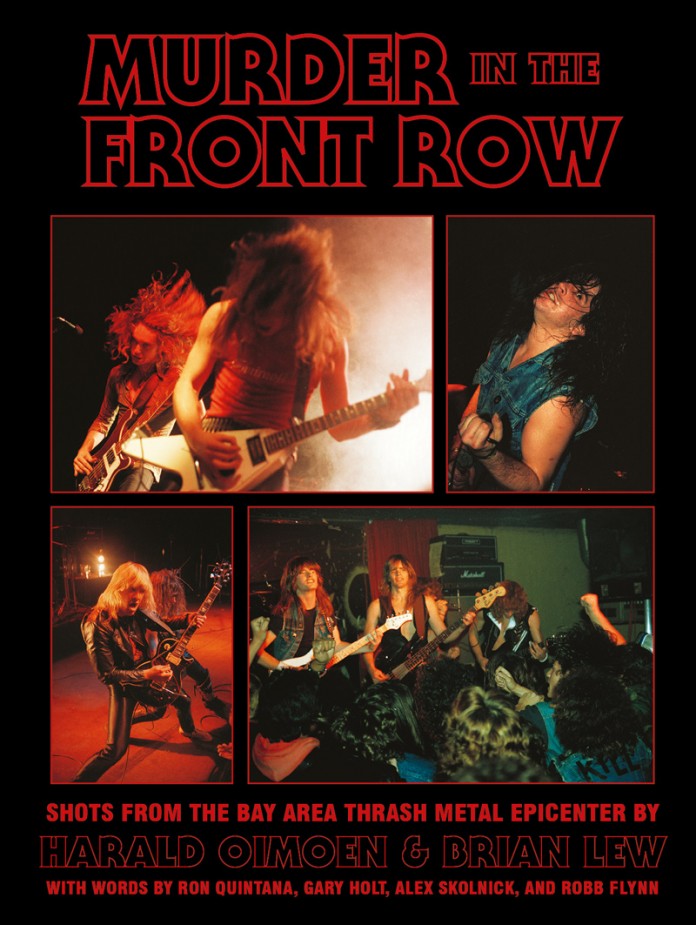 Here’s a plumb pulled from the written portion of Murder in the Front Row:

“From our first show together with Slayer,” Holt writes, “to all the shows with everyone from Death Angel, Possessed, Violence, Legacy, and many others, Ruthie’s Inn lives in infamy because it’s the one and only birthplace of violence becoming part and parcel to an Exodus show. I had never seen a stage dive, a pit, or anything coming close to resembling that before Ruthie’s. It was born there, with the help of Wes Robinson and the Exodus Slay Team, and anyone who says different doesn’t know what they’re talking about or they’re lying to you. While the rest of the metal world would later come around and learn the joys of a little good friendly violent fun, it all started there at Ruthie’s, end of story.”

Holt’s full essay joins over 400 color and black and white live, candid, and studio photos in the large-format hardcover MURDER IN THE FRONT ROW book, an untouchable eyewitness viewpoint into the sometimes violent mid-1980s San Francisco metal scene that launched Metallica, Exodus, Testament, Death Angel, and Possessed, and first supported Megadeth and Slayer. The book will be available December 2011 wherever books are sold, including directly from Bazillion Points with a limited two-sided exclusive poster-size dustjacket.

See this location for page samples and preorder info: http://www.murderinthefrontrow.com