Home Bazillion Points Books Is Cold Lake Better Than Into the Pandemonium? The Unpublished Mean Deviation... 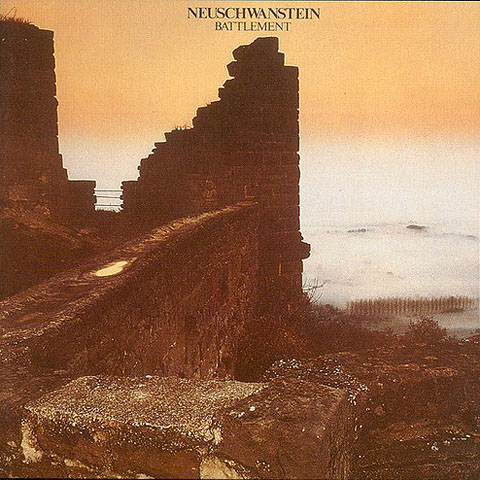 When Mean Deviation was just the germ of an idea, when there was only a “non-fiction book proposal” and maybe three pages of notes to show for it, I had lots of ideas for the book that ultimately never came to fruition. Like:

• A sidebar rant called “Why Symphony X isn’t progressive,” but that didn’t quite happen the way I originally envisioned (well, it kinda sorta did—it evolved into Chapter 13. Deviation or Derivation?).

• A page of ‘70s-era prog rock album cover art images that could easily have graced later metal albums, drawing yet another parallel between early prog and modern metal. Covers from Omega (The Hall of Floaters in the Sky), Gnidrolog (Lady Lake), Neuschwanstein (Battlement), and others were to be featured, but it didn’t happen. Maybe a future blog?

• Features on metal artists and fans who were steadfastly “anti-progressive,” giving voice to those averse to mixing prog rock’s peanut butter with metal’s chocolate. I wanted to talk to the most militant metal purists. I thought of Tom Angelripper from Sodom, and of Don of the Dead from the long-running NunSlaughter. I did talk to Don for the book, but the whole idea just didn’t fit in the book after all. Our interview begins after the jump…

Don of the Dead is a strict son of a bitch. Or so I once thought. I’d read a couple interviews with the guy and thought he sounded like a complete and total metal tyrant. A purist of the purest order. A guy who thinks Death’s Leprosy and Morbid Angel’s Altars of Madness were sellouts. Serious mania like that. I got in touch with Don in April of 2009, in the thick of the writing of Mean Deviation, and he agreed to answer some questions. He proved to be a fascinating ball of contradictions. He likes Voivod’s Nothingface, and listens to Stevie Wonder, but for him Altars of Madness was a totally disappointing follow-up to Abominations of Desolation. Wow.

Yet not a word of this interview made it to Mean Deviation. It wasn’t that I found his responses too radical (I welcomed that, actually, and found myself agreeing with him on many points). It was just that, as the writing evolved and the book started shaping up, I didn’t think any of Don’s quotes would have been relevant to the direction the book was taking. Which is too bad, because his ideas on the worth, or worthlessness, of progressive metal are intriguing, to say the least. Here is that interview in its uncut entirety.

[note: I usually don’t play the “name game,” you know, some band insisting they print their name in all lower caps or similar nonsense, but I kept NunSlaughter as Don writes it below. That way it doesn’t get read as “Nuns Laughter” right?]

Interview with Don of the Dead of NunSlaughter, 4/21/09
Jeff Wagner: Are “metal” and “progressive” incompatible terms? And, if metal draws from outside influences (ie. prog rock, jazz, electronic, etc.), can it still be METAL?

Don of the Dead: I would not say they are incompatible, just more of an oxymoron. It can exist and some bands have done it very well, but most bands stumble because of its complex structure and their own inabilities. Prog metal is a difficult field to master and those who venture should tread cautiously. A bunch of noodling and wanking on a guitar does not make your band progressive metal. Bringing non-traditional metal instruments into a band is also the kiss of death if the individual does not know how to write or compose for that instrument. Just because you have an oboe and a mandolin following a screeching guitar does not make it good. In fact, more often than not, it makes the music shit.

Wagner: In Mean Deviation I give some focus to Voivod, Celtic Frost and Mayhem. Specifically albums like Dimension Hatröss, Nothingface and Angel Rat (Voivod), Into the Pandemonium (Celtic Frost) and Grand Declaration of War (Mayhem). These bands all started out as cruder, rawer versions of what they became. What are your thoughts on these bands, and specifically the albums/eras above?

Of the Dead: All of these bands changed and progressed, but I would not have saddled them with the “progressive metal” term. These bands betrayed their fan base by switching gears mid race. I was, at one point in time, a fan of each of the above bands but I was confused by what they were trying to do. To draw a simple analogy:  if you open a can of Coca-Cola you expect a certain taste. If you get lemonade, although tasty, it was not the flavor you wanted. Referencing the albums/bands above–I was a fan of Voivod up until Angel Rat. I thought [Angel Rat] was pale, and instead of being unique in metal they were now a generic band drawing too much from other bands’ music rather than on their own creativity. I was not a big fan of Celtic Frost but I did like some of the music until Into the Pandemonium came out. This album was comical and lacked focus. Covering “Mexican Radio” made it pop, but it also had dark, even goth elements thrown in, as well as some new wave. Sometimes one extra ingredient spoils the whole soup. For the other band, they should not even be mentioned with legendary bands like Voivod and Celtic Frost.

Wagner: What were some of the biggest album disappointments for you, as a fan (which may include some of the above-named albums)? Also, which do you feel is worse — Cold Lake or Into the Pandemonium?

Of the Dead: Angel Rat was a disappointment. I remember buying it and throwing it under my refrigerator.* Other major disappointments were Diabolus in Musica [Slayer], Somewhere in Time [Iron Maiden], Turbo [Judas Priest], And Justice for All [Metallica], Necroticism: Descanting the Insalubrious [Carcass], Rotting [Sarcofago], Forward to Termination [Sacrifice], Calm Before the Storm [Venom], Bark at the Moon [Ozzy Osbourne], Theatre of Pain [Mötley Crüe], Darker Days Ahead [Terrorizer], Altars of Madness [Morbid Angel], Leprosy [Death] and the list goes on. I would say that Cold Lake is a better album than Into the Pandemonium. I am not a fan of either but Cold Lake has some focus and it is what it is–a glam metal record.

[*In an appliance-related coincidence, I had a friend who bought Nocturnus’s Thresholds and hated it so much that he put it into the freezer. Even when he moved from place to place, it would takes its spot in the freezer.–JW]

Wagner: Can metal remain vital if it does not change? Will there even be a need for vicious, primitive black/thrash/death metal bands 10 or 20 years from now? Won’t it all have been done 100 times over by then?

Of the Dead: Ah, and within this question you have brought to light the challenge of writing. Metal can remain vital–all that is needed are talented bands to create solid music. Bands like AC/DC, Misfits and Motörhead are proof that it can be done. Change is inevitable but much like evolution it does not and can not happen overnight. It takes time. The great thing about creativity is that it can come from anywhere.

Wagner: Have you ever written anything for NunSlaughter that you scrapped because you felt it was too “progressive”? How strict are you in regards to your writing and what you will or won’t allow in the music? Do you listen to anything other than black/death/thrash metal? If so, what artists?

Of the Dead: We have scrapped more music than what we have actually recorded for NunSlaughter. I decided what the scope of the band was going to be early on and I did not want to widen it to accommodate other influences. This may not work for other bands but it works for NunSlaughter. At times it is suffocating but in the long haul it has been the rock that has held NunSlaughter to our roots. There is so much music out there that can grab me. Other music I dig is Frank Zappa, Captain Beefheart, Pink Floyd, Led Zeppelin, David Allen Coe, Blue Öyster Cult, The Who, Johnny Cash, Jethro Tull, Nazareth, Elvis Presley, Stevie Wonder, Uriah Heep, Coven, the Beatles, Bob Marley, Creedence Clearwater Revival, Bloodrock, many more.

Wagner: There has been some kind of evolution in NunSlaughter over time, although nothing drastic — I’m wondering how much you feel NunSlaughter has changed, and how much it will change in the future?

Of the Dead: A major change occurred when I stepped back and let our drummer write more of the music. This was because I wanted to focus on other aspects of the band. This was first noticeable on our split 7” with Dekapitator and has been ongoing since then. [Drummer] Jim [Sadist] has more of a thrash background with a grand appreciation of the German and Swedish metal movements. My plan for NunSlaughter is for us to begin to regress back into the sewers.

Next time: If only Mike Portnoy could have waited one more little week to announce his departure from Dream Theater. I really wish he would have consulted me first… I’ll tell you why in #3 of my 2,112 part blog series.