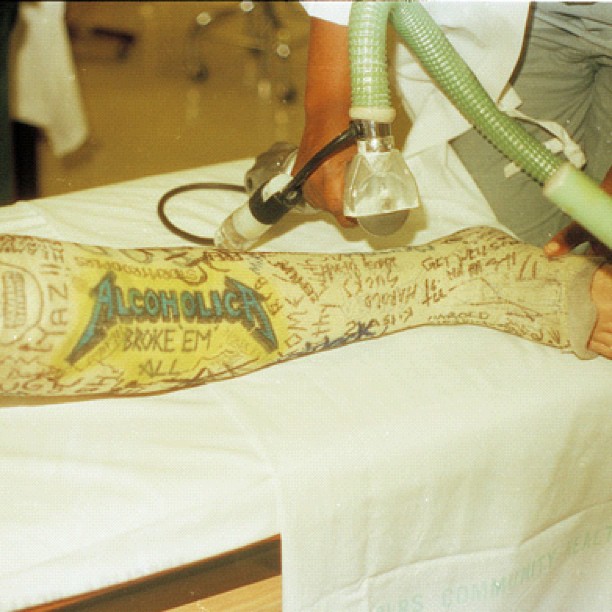 The book title Murder in the Front Row is partially meant in tribute to all the flying feet, knees, and elbows that landed on Harald Oimoen and Brian Lew’s heads as they shot early exuberant pics of Slayer, Megadeth, Metallica, and Exodus. Remember, metalheads were stagediving in S.F. years before L.A. or New York. Gary Holt makes that claim in his essay in the book, and Gene Hoglan and Scott Ian have both stepped forward to back him up.

But the most brutal blow Harald O. ever took was during Possessed’s set on a bill in Los Angeles with D.R.I., C.O.C., and Anthrax. He was indeed in the front row, and when the barricades broke… well, AOL Noisecreep has the story today, a tribute to the fanatic early days of thrash metal.