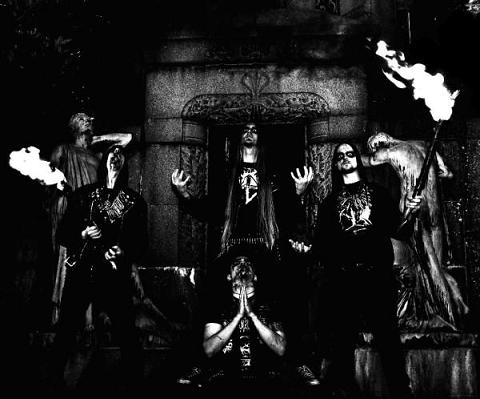 Another week, another black gem from the lengthy band appendix of Daniel Ekeroth’s book Swedish Death Metal. After becoming slightly over-saturated in the mid-1990s, with one too many slightly lacking bands and too much black metal, terror returned to the Swedish night, ruder and more potent than ever. A prime example is MORBID INSULTER!

“Crude metal project initiated in Hönö during 2004. Originally into thrash, influences from death metal snuck into their music. As they are inspired by bands like Bathory, Nifelheim, and Vulcano, it’s rather useless to speak in terms of death, black or thrash. This is simply filthy extreme metal, old school style!”

To know all that is worth knowing about Swedish death metal, pick up a hardcover copy of Daniel Ekeroth’s book with a free limited woven patch: HERE.