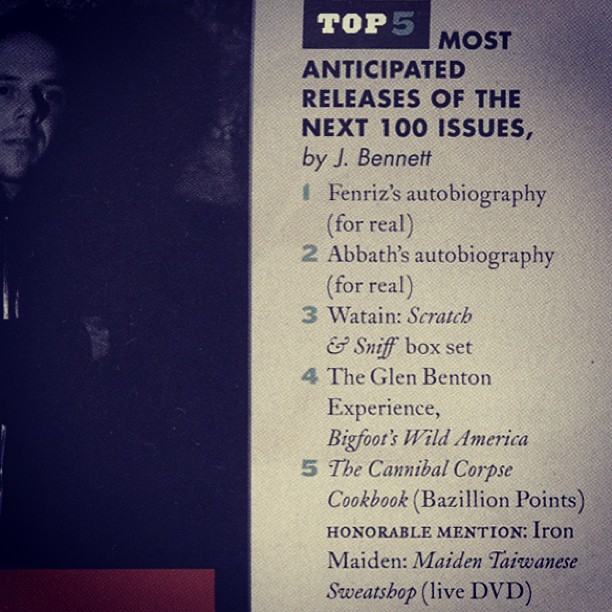 Decibel’s resident adventurer J. Bennett wants Bazillion Points to publish Fenriz’s autobiography (if we did, it would be packaged similar to Andy McCoy’s Sheriff McCoy—and not just because Fenriz has a Hanoi Rocks tattoo); and some kind of snout-to-tail cookbook by Cannibal Corpse. Dream on, salty sailor! Human flesh supposedly tastes like chicken, so just make your own substitutions as ingredients become available using Hellbent for Cooking: The Heavy Metal Cookbook.