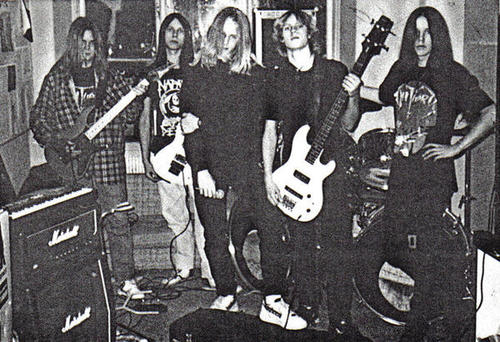 Each week, we rip open the bottomless appendix of Swedish death metal bands from Daniel Ekeroth’s exhaustive book Swedish Death Metal and present yet another vile offering from the icy north. Not for the faint of heart! Here are the masters of horrifying audio hallucination, composers of the soundtrack to your worst nightmares: CRYPT OF KERBEROS.

Scoop up a hardcover copy of Daniel Ekeroth’s book with a limited woven patch: RIGHT HERE.