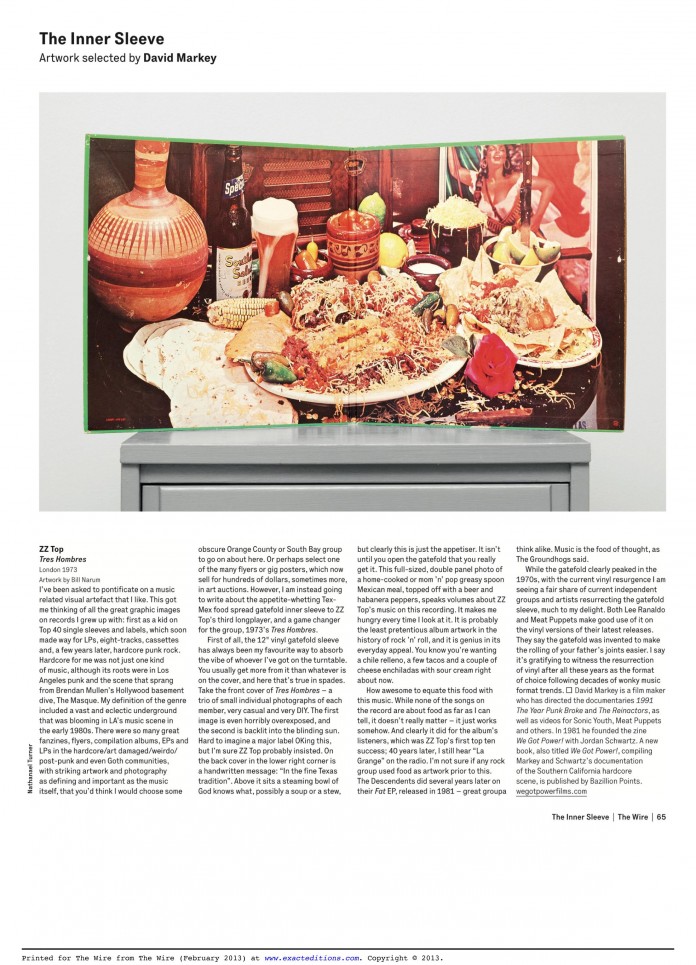 The venerable UK music mag The Wire just gave We Got Power! coauthor David Markey an assignment: Write a heartfelt article about a record sleeve or other visual music-related artifact of great importance to him. Since David is one of the brains behind the book on early SoCal hardcore, and also director of numerous music videos for Sonic Youth, Redd Kross, Mudhoney and others (plus feature films about Nirvana, Circle Jerks and Dinosaur Jr.), you might be surprised that he chose to write about ZZ Top!

Yes, Markey set his highly-trained eyes on a bona fide classic—the Tres Hombres gatefold sleeve. As he says: “probably the least pretentious album artwork in the history of rock ‘n’ roll… genius in its everyday appeal.” So put the needle to Tres Hombres, scoop up some tacos, crack open a Corona, and click the image above to fully enlarge David Markey’s insight and food for thought.