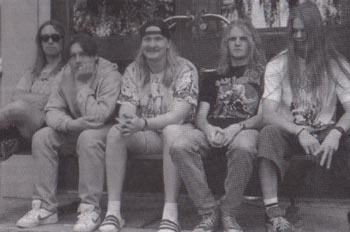 Every week, we share a tidbit from the eerily exhaustive band index of Daniel Ekeroth’s landmark book Swedish Death Metal. Like Evocation, Interment, and Nirvana 2002, here’s yet another band who got back together in recent years in the aftermath of the book’s release. So here are the insanely non-humble origins of Katatonia, Dellamorte, and too many other bands to count; the story lurks within our Swedish death metal band of the week: UNCANNY !