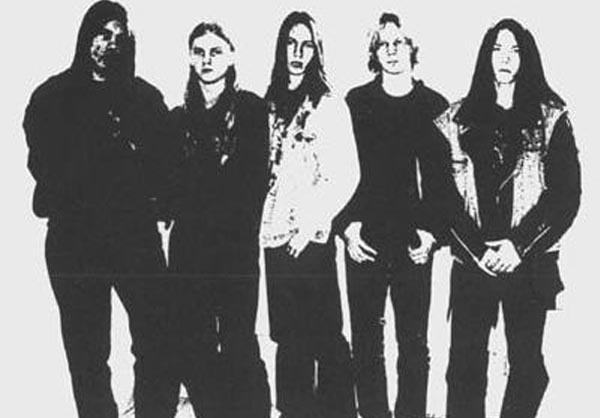 Daniel Ekeroth’s Swedish Death Metal is a constant reminder of how many insanely good death metal bands Sweden puked up in the late ’80s and early ’90s. The per capita metal ratio of that country has always been high, but around that time there can’t have been one single teenager around who didn’t grow long hair and form a diabolical band. This week we spotlight a heavy platoon that probably wished they were from a different country, because if ETERNAL DARKNESS hailed from anywhere else, they would definitely had been kings of their scene!

From the book: “Started in Eskilstuna in 1990 as Necropsy, but soon settled for Eternal Darkness. Slow, crushing death metal, like a deadly Candlemass with ultra-brutal vocals. Things started well; they played gigs with Impaled Nazarene in Finland. After that, Eternal Darkness disappeared. Shamefully, their album was never released. The band deserved much more attention. Markus later formed early black metal band The Black with Jon Nödtveidt (Dissection), and Jonas played with the excellent Crypt of Kerberos. Jarmo Kuurola was killed in 1995—rest in peace.”

For the full story of the Swedish scene, get a hardcover copy of Swedish Death Metal with a free woven patch HERE.