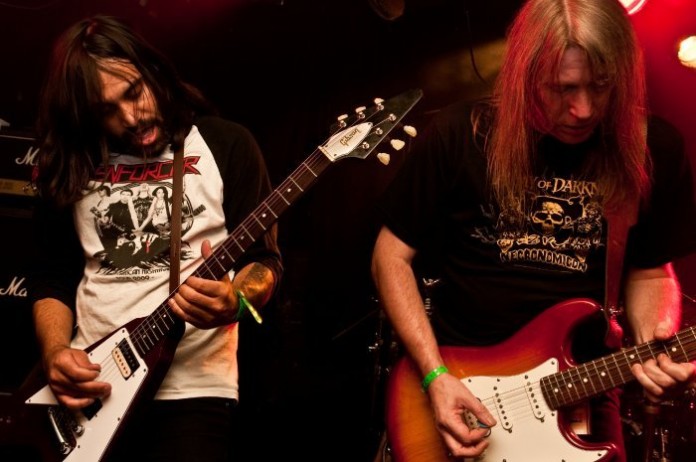 At the dawn of the 1980s, a bustling cabal of DIY British metal bands combined the energy of punk and the bombast of heavy metal, saving metallic music under the banner of the New Wave of British of Heavy Metal, or NWOBHM. Thirty years later, many of those young lions remain active elders in the heavy music scene. Join host Ian Christe (“Sound of the Beast”, Bazillion Points Books) for a recap of very recent releases by founding fathers like Saxon, Venom, Angel Witch, Satan, Raven, Iron Maiden, and more! Know your Roots!

HELL – “Plague and Fyre” from HUMAN REMAINS
SAXON – “Sacrifice” from SACRIFICE
VENOM – “Hammerhead” from FALLEN ANGELS
SAVAGE – “The Rage Within” from SONS OF MALICE
RAVEN – “Breaking You Down” from WALK THROUGH FIRE
ANGEL WITCH – “Dead Sea Scrolls” from AS ABOVE, SO BELOW
SATAN – “Time to Die” from LIFE SENTENCE
PAGAN ALTAR – “Dance of the Vampires” from NEVER QUITE DEAD
DIAMOND HEAD – “Skin on skin” from WHAT’S IN YOUR HEAD
TANK – Phoenix Rising” from WAR MACHINE
IRON MAIDEN – “El Dorado” from THE FINAL FRONTIER