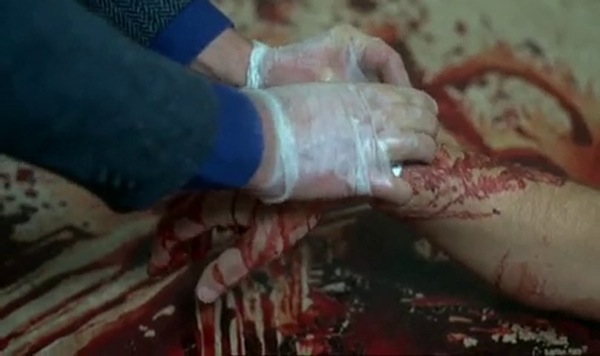 If you catch anyone claiming that Sweden’s sensationsfilm genre begins and ends with Christina Lindberg’s body, just show them this scene from Bo Widerberg’s 1976 thriller Mannen på Taket. Eight liters of pig’s blood will wash away their horny smirk. Bo Widerberg’s masterful portrayal of a gruesome murder and the investigation that ensues is a stark reminder that Swedes were the masters not just of nudity but also tense violence. Political and social norms simply encouraged nudity and kept a tight lid on the hurt. Kudos to trailbreakers like Widerberg, Arne Mattsson and the brutally prolific Mats-Helge Olsson for occasionally releasing some crimson into the soft pink hues of sensationsfilms.

Why was Sweden more about sex than violence? Read the 100-year saga of Daniel Ekeroth’s Swedish Sensationsfilms for the complete, surprisingly insane story of the daring Swedish film industry.