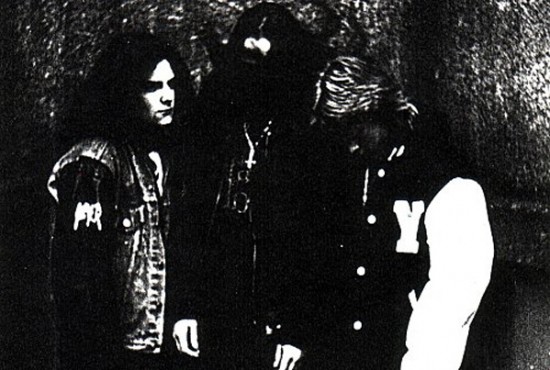 Here’s another flash in the black cast iron pan of Swedish death metal, as honored in the lengthy band appendix of Daniel Ekeroth’s Swedish Death Metal. Meet DARKIFIED, the band that even the teenagers in Entombed considered too young!

“Obscure black/death metal band from Finspång/Söderköping, formed in February 1991. Pretty intense stuff with deep guttural vocals. The band was never anything more than a project, and disagreements within the group made it short-lived. When Entombed sacked L.G. Petrov, they brought in the singer from this band to audition for the the job since they loved Darkified’s demo. But when he turned up, they were shocked how young he was and just could not even consider him for that reason—even though Entombed themselves were teens! They basically gave him a bag of candy, and put him on a bus back home. Drummer Göthberg has also played in Marduk, and Karlsson used to sing for Pan-Thy-Monium and Edge of Sanity. Ahx was kicked out of the band in 1993, after which it all faded. He went on to join Amenophis, while Göthberg concentrated on Marduk, though he was soon sacked. Ahx also edited  Abnormalcy ‘zine. Repulse released a compilation of all Darkified’s material in 1995.”