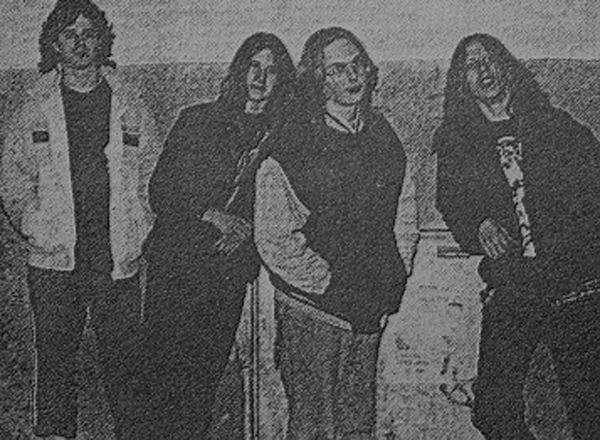 After having plowed through Daniel Ekeroth’s magnum opus Swedish Death Metal, you will know the whole story of the early Swedish death metal scene, and much more. Beyond the extensive list of Swedish death metal zines awaits an appendix of all Swedish death metal bands ever known to have existed, nearly a thousand of them. Every week we dive right in there, unearthing some of the lesser known heroes from back in the day.

With just one demo to brag about, EMBALMED never reached any productive or financial highs in their career but just like most other bands in this series, they sounded great and ended up spawning a bunch of better-known groups. In this case, the ghouls who cut their teeth in Embalmed later made history in Dark Funeral, Defleshed, Sarcasm, Skitsystem, Diskonto, and Uncurbed.

From the book: “One of the first death metal bands from Uppsala, these guys started in autumn 1989 as Necrotism. After line-up changes, they became Embalmed in March 1990. Their style sure was brutal, but they never gained wide attention. Fredrik Wallenberg went on to greater things with Sarcasm, and later the highly successful crust punk band Skitsystem (with ex-At the Gates singer Tomas Lindberg). Stefan Petterson also went on to a crust career in Diskonto and Uncurbed. Embalmed was also the first band of Matte Modin, later of Defleshed, Dark Funeral, and Sportlov (with Petterson).”

If you have missed any of the other bloody gems, check out the complete LIST of Swedish death metal bands of the week and revisit a time of wildly unpredictable band photos! And for the love of metal, get a hardcover copy of the book HERE!