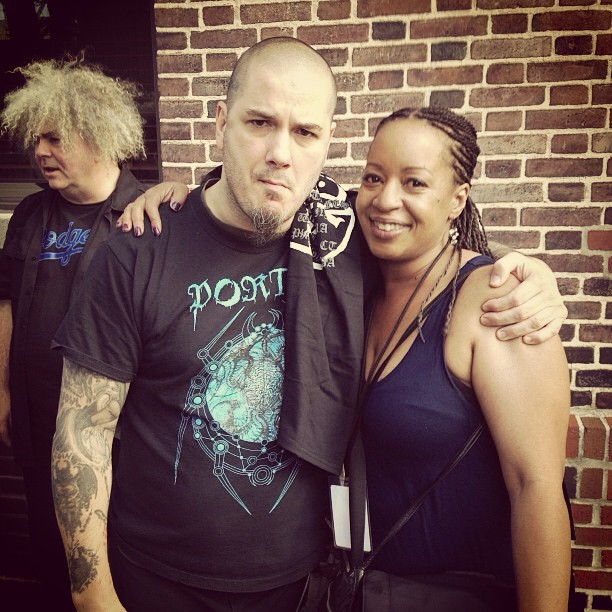 During Pantera shows in the late 1990s, Phil Anselmo routinely went on an anti-hip hop tirade that raised eyebrows and made some black headbangers slink to the sides of the concert hall. In her thorough book about being a black woman in the metal scene, What Are You Doing Here?, Laina Dawes specifically breaks down that rant. As a die-hard Pantera fan, she was surprised and a little hurt that it felt like Phil was verbally attacking people like her. In the end… well, seek out Laina’s book to read her conclusions.

Above photo of Phil Anselmo and Laina Dawes (with mystery Hellhammer supporter bombing in the back) taken at Maryland Deathfest XI, Sat. May 25, 2013.

What Are You Doing Here?