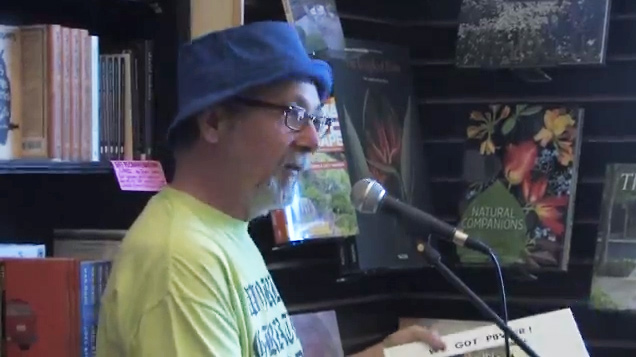 Turns out, these punk veterans have a lot to say, and hearing them read their own pieces from the book brings another dimension to the pain and power in their awesome stories. Here’s the track listing for this mind-expanding lineup of crucial L.A. punk figures, click to jump to their starting points:

Thanks to everyone for reading and listening, to Book Soup for hosting, and to Chuck Dukowski for laying this praise on We Got Power!: “The book is a wonderful document of something that has continuity and lasts, the stuff that matters. It’s the finding of a voice of a generation.”

WE GOT POWER! Hardcore Punk Scenes from 1980s Southern California