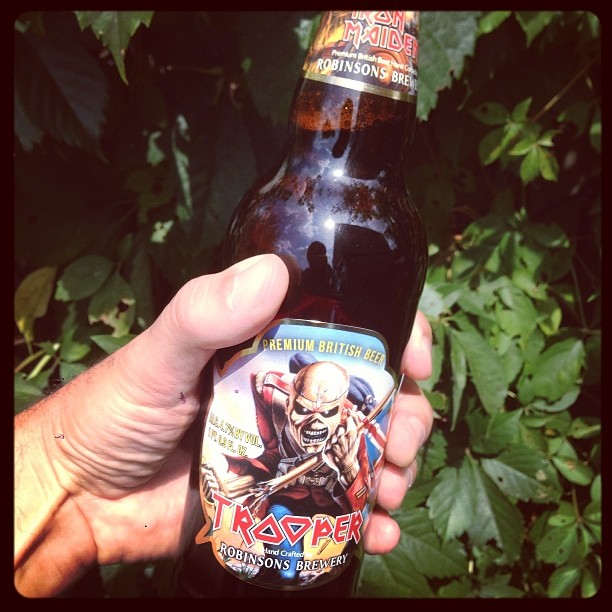 Beer… you take its life, but it takes yours, too! On a mission from Brooklyn HQ out to the Bazillion Points Outpost, we lucked upon a few bottles of Iron Maiden’s intoxicating new venture: Trooper beer, brewed by Robinsons of Cheshire, UK. Maiden’s mascot Eddie has definitely come a long way from the satin jackets and painter caps that the band was hawking when this “Trooper” artwork was launched back in 1982.

And the verdict: Trooper is a drier, spicier cousin of Newcastle Brown Ale, already a favorite ammo around here. Although the rear label talks a little about Maiden singer Bruce Dickinson helping to develop this ale, most of the space is taken up with lengthy synopsis of the epic poem “The Charge of the Light Brigade,” which is a little hilarious and makes this officially a good reading beer. If we could sell it to you with copies of our books, we gladly would.