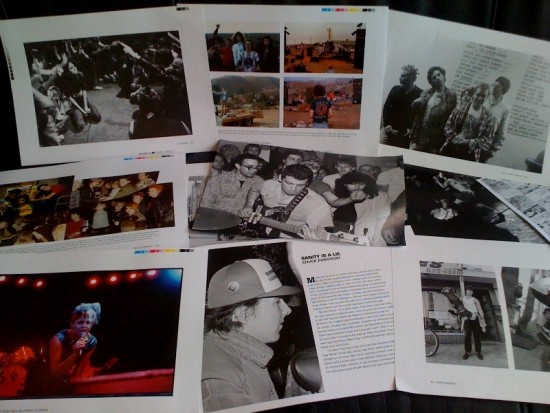 We Got Power (Los Angeles) and Perihelion Arts (Phoenix, AZ), are proud to present “WE GOT POWER!”, a large exhibit of historic hardcore punk photos from the book WE GOT POWER!: Hardcore Punk Scenes from 1980s Southern California, by David Markey and Jordan Schwartz.

Opening Sept. 20 with an artist/author reception to follow on Oct. 4 featuring David Markey and Jordan Schwartz, the installation will feature acclaimed early live, posed, and candid photos of Black Flag, Descendents, Suicidal Tendencies, and other seminal Los Angeles hardcore groups. The Oct. 4 reception kicks off a We Got Power weekend in Phoenix, which will also include screenings on Oct. 5 from the rich filmography of documentary filmmaker David Markey (director of Lovedolls Superstar, The Slog Movie, 1991: The Year Punk Broke, etc.).

The exhibition extends the legendary September 2012 We Got Power! book exhibit at Track 16 in Santa Monica, CA, which drew over 5,000 visitors and caused a mile-long traffic jam on the 405 freeway.

“Essential reading… the funniest of the local mags”-Matt Groening, 1983

“A yearbook for SoCal dropouts who changed the world.”-Inked