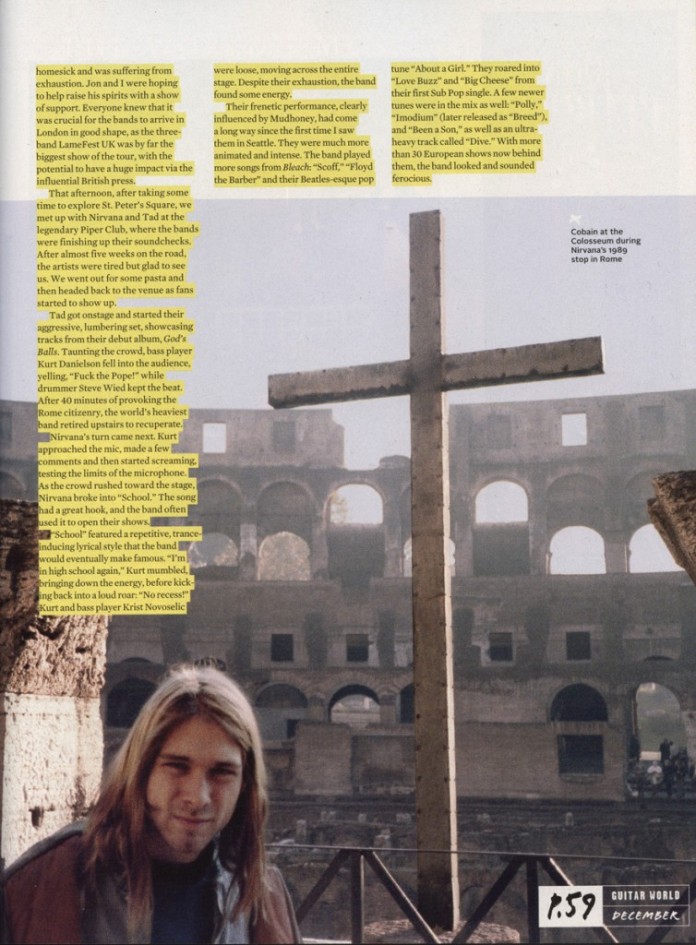 The written portion picks up at the beginning of the book’s story, as Pavitt arrives in Rome to find his Sub Pop bands Tad and Nirvana exhausted at the end of their extensive Heavier Than Heaven tour, their first trip overseas. He writes:

“Ten songs into their set, Kurt, frustrated with his guitar, smashed it completely and climbed a tall stack of speakers. The crowd looked on, with many drunken spectators yelling, ‘Jump!’. It was a dramatic moment, potentially harmful. I witnessed the event form the club floor, stunned, while Jon [Poneman, Sub Pop Records] and Tad looked down from the artists area on the second floor. Everyone was holding their breath, not sure if Kurt would actually jump. We were panicked, and extremely concerned for Kurt’s well-being.”

The book’s official release party will be held 12/7 at Fantagraphics Books + Gallery in Seattle.