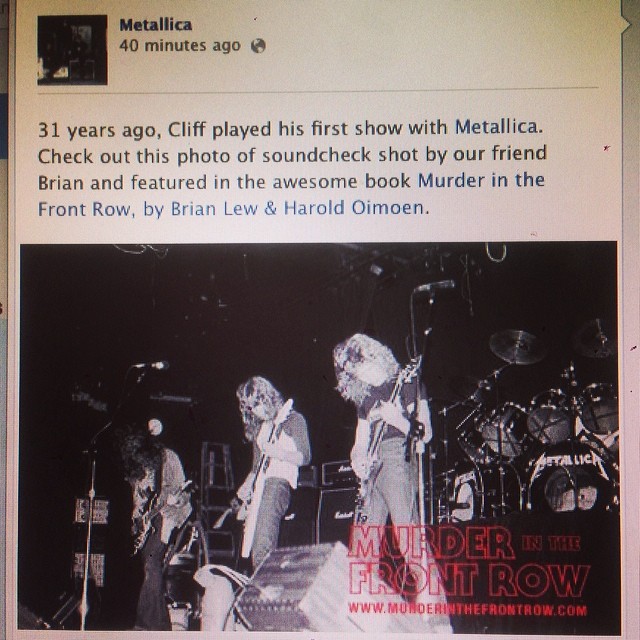 Pictured above, a shot by Brian Lew of Metallica’s soundcheck prior to Cliff Burton’s first show with the band, March 5, 1983. Brian’s report on the night, as printed in Metal Mania #10, is reprinted in its exuberant entirety in MURDER IN THE FRONT ROW: Shots From the Bay Area Thrash Metal Epicenter. The very shortened summary quote: “With the addition of Cliff Burton, Metallica now have the heaviest and fastest lineup ever assembled…”

Lucky thing his iphone was fully charged! But seriously, we are truly lucky that, out of the 300 people present at the Stone that night (including the members of opening bands Laaz Rockit and Exodus), young Brian owned a good camera and could afford a couple rolls of 35mm film that week.