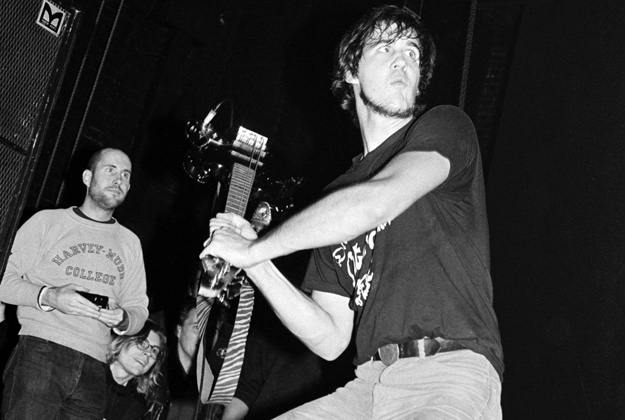 London Proud Camden presents Experiencing Nirvana; marking the 20th anniversary of Kurt Cobain’s untimely death. This exhibition, by photographers Charles Peterson and Steve Double, reveals a rare and intriguing insight into one of the most influential and important rock bands of the modern era.
Both Peterson and Double began photographing Nirvana at around the same time, in 1988 when the band had just signed to the Sub Pop label and released their first single ‘Bleach’. They are considered the foremost grunge photographers capturing the birth of the scene and the spirit of Nirvana…
Coinciding with the UK launch of Bruce Pavitt’s book of the same name, Proud Galleries is honoured to present Experiencing Nirvana; commemorating the life of Kurt Cobain, the reluctantly anointed “spokesman” for Generation X and Nirvana, who shaped the landscape of popular music while embodying the original, gritty spirit of rock and roll.

Proud Camden is located at this colorful address:

Experiencing Nirvana is available (with limited dustjacket and metal badge) from: