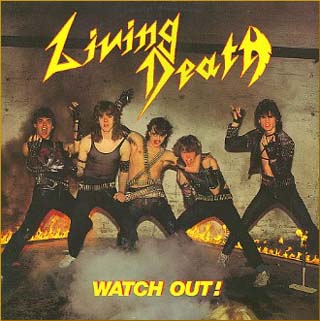 As metal grew faster in the mid-late 1980s, bands across Europe caught the thrash wave and updated their tempos and energies for the times. Join Ian Christe (“Sound of the Beast”/Bazillion Points) for a tour of early European speed metal bands who blazed forward with raw gusto as metal left the Iron Maiden era and prepared for high-speed battle. Featuring Living Death, Warhead, SxDxIx, Bulldozer, ADX, Oz, and many more! Know your Roots!

For for more on 1980s European speed metal, and how it grew to shape 1990s black metal, check out the masterful METALION: The Slayer Mag Diaries, by Jon “Metalion” Kristiansen, by clicking HERE.

ROOTS of the METAL MASSACRE LP | on SiriusXM