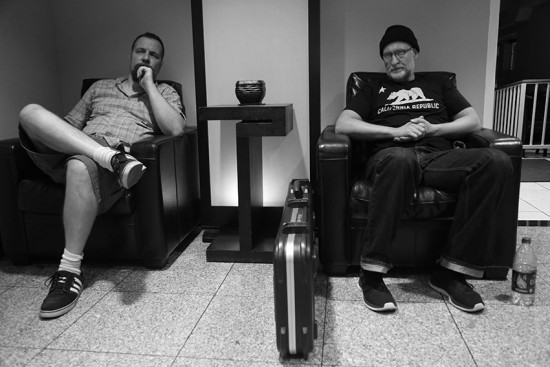 David Markey, coauthor of We Got Power!: Hardcore Punk Scenes From 1980s Southern California, will join Bob Mould, the ex-Hüsker Dü punk icon, for a round of ask-me-anything on Reddit. The Qs and As go down fast and furious, Tuesday, Sept. 9, at 3:30PM ET.

Markey just wrapped up direction Mould’s new video for “The War”—see above. And the two men have known each other since the days chronicled in Markey’s overpowering book.

photo courtesy We Got Power Films