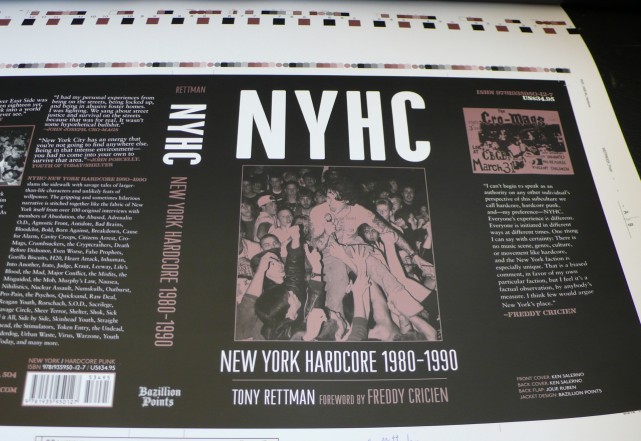 Photos of page proofs and a sample chapter (“17. East Village Nights: A7 and 2+2”) are available at this location:

Based on original interviews with over 100 key historical figures, the dense 384pp volume features hundreds of images and over fifty chapters covering the bands, venues, labels, hangouts, and larger-than-life characters that built New York hardcore.

As Freddy Cricien of Madball writes in his foreword: “These years were formative ones. For those that lived it, you will be transported back in time and you can revel in the nostalgia. To those that didn’t live it, go ahead and transport yourself to that period and be grateful that you’ve discovered this special scene. Read on and take everything in—but don’t feel like you missed out! This book is a way to get caught up on history, and also a bridge to a whole world that is as relevant today as its ever been.”