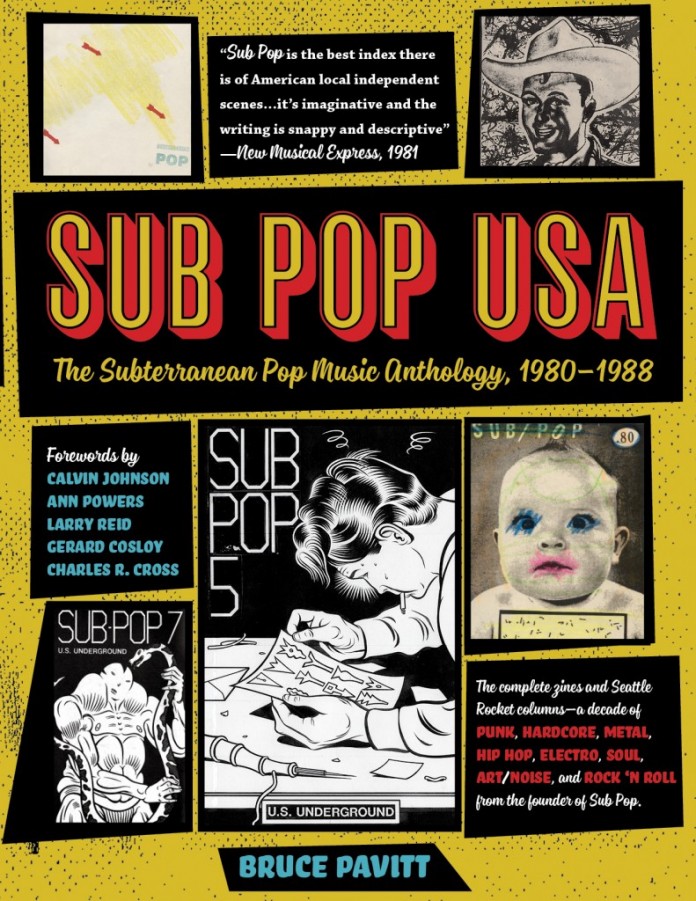 Bruce Pavitt continues his victory lap around the West Coast this week in celebration of SUB POP U.S.A.: The Subterraneanan Pop Music Anthology, 1980–1988. On Thursday 12/18, Pavitt will go back to the town where Sub Pop began back in 1980, for a book signing and discussion hosted by the Olympia Public Library (313 8th Avenue SE, Olympia, WA 98501, (360) 352-0595). Bruce will be flanked by local hero/Sub Pop contributor Calvin Johnson (K Records, Beat Happening), who will also DJ at the event under the moniker Selector Dub Narcotic.

SUB POP founder Bruce Pavitt will talk about his new book SUB POP U.S.A.: The Subterranean Pop Music Anthology, 1980-1988, and answer audience questions. Copies will be available for purchase and signing. Selector Dub Narcotic, aka Calvin Johnson, will DJ 45s following the reading and signing. This program will occur after regular library hours, and no other library services will be available.

For the “most far-reaching survey of American independent music in the 1980s,” including complete Subterranean Pop fanzine and Seattle Rocket columns reproductions, order one today: