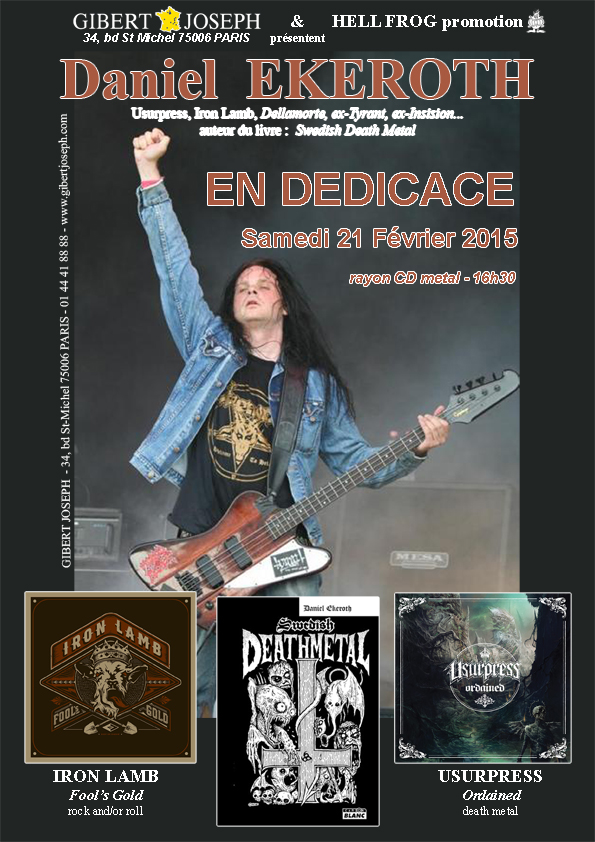 Daniel Ekeroth is a real man of arts and letters, and the City of Lights is embracing that. Ekeroth wrote SWEDISH DEATH METAL, SWEDISH SENSATIONSFILMS, and the long-lostViolent Italy: Incredible Exploitation Cinema. He has also played in bands like Insision, Tyrant, Dellamorte, Iron Lamb, Usurpress, and now reunited Swedish black metal legends Third Storm. The very first Bazillion Points author’s dedication to will be on full display this weekend as Paris burns with Daniel Ekeroth fever. Here’s the viking’s itinerary:

For those unlucky souls who don’t live in Paris, you can invite Ekeroth into your own home in book form: