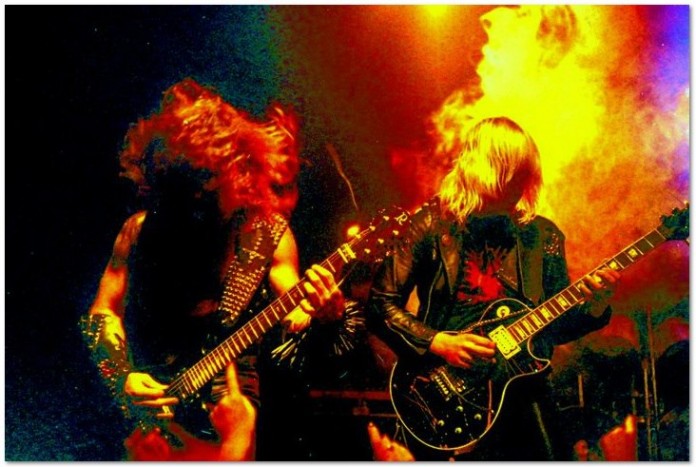 Photo by Harald Oimoen, from MURDER IN THE FRONT ROW

Our monthlong review of metal guitar styles enters week two, with a headlong dive into the guitar teams, shredders, and six-string innovations that defined the popular and extreme sides of metal in the 1980s. Join us for a bulging hour of inhuman guitar work by Iron Maiden, Slayer, Voivod, Racer X, Alcatrazz, Trouble, Death, Morbid Angel, Randy Rhoads, and more! Know your Roots!