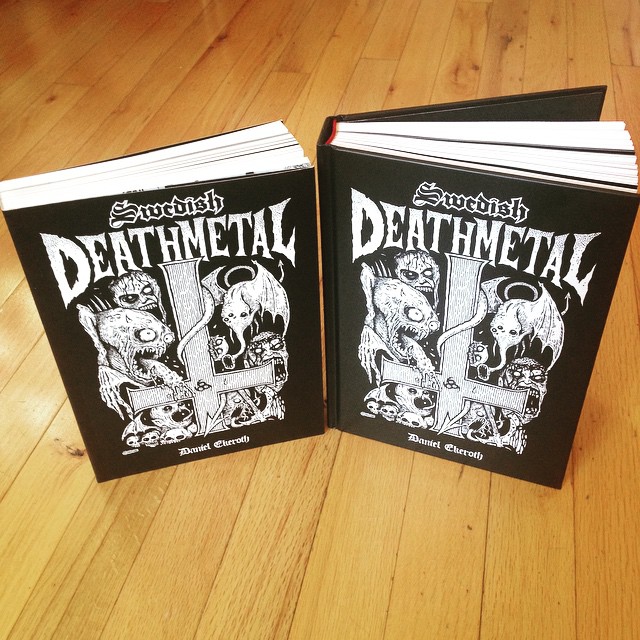 We are just a few hours away from the arrival of the SWEDISH DEATH METAL hardcover reprint. The hardcover ships with a woven patch so don't sleep on it. Sleep when you are dead. Head to www.swedishdeathmetal.com to place an order! #swedishdeathmetal #entombed #unleashed #dismember #dissection

About.com cornered Daniel Ekeroth today in anticipation of the first-ever hardcover edition of his groundbreaking opus SWEDISH DEATH METAL. As no-bullshit as always, Daniel discusses his reasons for writing the book, the legacy of his efforts, and his role in the current reformation of Third Storm, one of Sweden’s earliest black metal bands.

I was totally taken by surprise by the initial success of Swedish Death Metal. While I was writing the book, Swedish death metal kind of lurked in the shadows far from the media limelight. I actually thought it was going to fade into obscurity, so I wanted to document the initial Swedish scene before it was forgotten.”

“Once the book was released, there was immediately some kind of revival, with new bands emerging as well as older ones getting at it again. Even if the book was only one of the catalysts for making that happen, I am very proud. That the book just keeps on selling now, and is being translated into several languages, is just amazing.”

About.com has the full interview: http://heavymetal.about.com/od/interviews/fl/Daniel-Ekeroth-Interview.htm