Home Bazillion Points Books HEAVY METAL MOVIES: Back to the Future Turns 30 (So Does That... 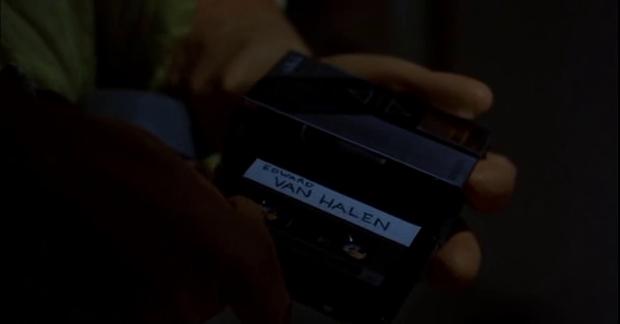 July 3 marks the 30th anniversary of Back to the Future‘s theatrical release. Mike “McBeardo” McPadden briefly comments on the movie in his HEAVY METAL MOVIES:

Marty McFly (Michael J. Fox) time-travels by DeLorean from 1985 to 1955, where he almost boffs his teenage mom. In order to motivate nebbish George McFly (Crispin Glover) to ultimately become his father, Marty slips Walkman headphones on George’s sleeping head and blares a cassette marked “Edward Van Halen.” The dad-to-be bolts upright and listens hard. Huey Lewis, as a music teacher, tells Marty his electric guitar audition for the high school is “just too loud.” Somebody melt that dingleberry’s brain with Van Halen!

Let’s all melt our brains with Van Halen this summer! The book HEAVY METAL MOVIES is available from http://www.heavymetalmovies.com