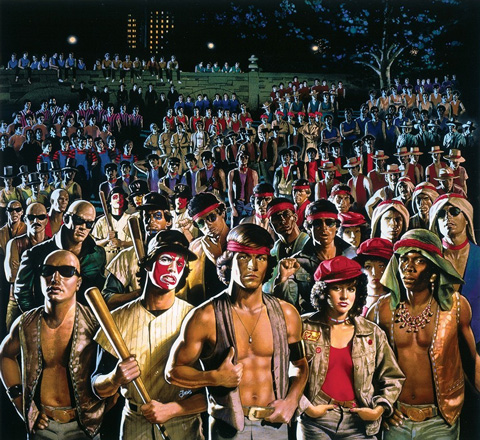 One of the all-time greatest movies set in NYC will be celebrated on Coney Island on September 13. The event will feature a reunion of some of the cast and crew, live music from SICK OF IT ALL, a movie screening, a Q&A hosted by John Joseph (does the man ever sleep?) and much more. Yes, HEAVY METAL MOVIES will clash with NYHC, this will surely end in tears. Score tickets at brownpapertickets.com #nyhc #johnjoseph #cromags #thewarriors #sickofitall #heavymetalmovies

On September 13, parts of the original cast of HEAVY METAL MOVIES mainstay The Warriors (1979) will reassemble in Coney Island, NY, to celebrate the movie’s fightin’ legacy. Apart from a film screening, dress-up party, and many other things, the event will feature a Q&A hosted by Cro-Mags singer John Joseph and a bat-waving set by Sick of it All. Both also feature heavily in the gritty graffiti-covered tapestry of Tony Rettman’s NYHC: New York Hardcore 1980-1990, a book built on the crumbling foundation of New York City from the time The Warriors premiered.

The Warriors’ initial ad campaign was a thing of terror for anyone living in the savage cesspool of late-’70s New York. Saturation TV commercials and subway posters boasted fake statistics about the presence of gang members, while showing images of armies upon armies of tarted-up street thugs overtaking the civilization. Violence happened almost immediately at theaters showing the film, cutting short its initial run.”

For event info head to http://www.brooklynvegan.com/archives/2015/08/the_warriors_ce.html Be sure to wear football pads and carry a spiked bat.