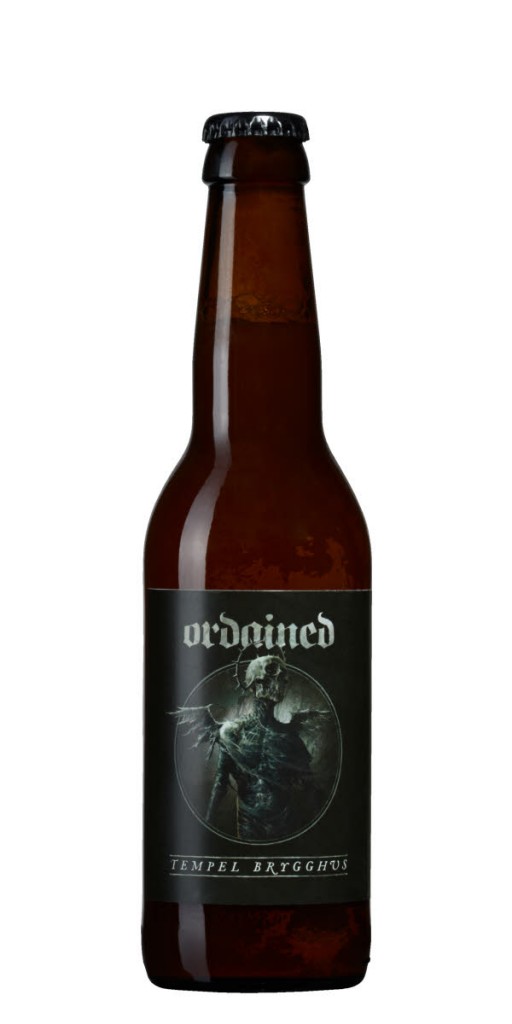 Skål! SWEDISH DEATH METAL author Daniel Ekeroth cares about nothing but beer and death metal so small wonder his d-beat death dealer platoon USURPRESS released this ale. The Swedish government rules alcohol sales with an iron fist but even they managed to figure out the significance. #USURPRESS #ordained #swedishdeathmetal #deathmetal #beer #systembolaget

Sweden’s two major cultural contributions to the world, binge drinking and death metal, have finally united into one glorious elixir: Ordained Beer. Drink it up to max, max, max, and max.

This miracle drink is the byproduct of SWEDISH DEATH METAL author Daniel Ekeroth’s crushing band USURPRESS, whose Ordained record has been brutalizing ears and smashing hops since October 2014.

Swedes can get the beer through Systembolaget—yes, it’s the government-controlled liquor store that makes all Swedish drunkenness possible, the same outlet that sold over 500,000 bottles of Motörhead wine in one month.

Outside of Sweden, just go read Daniel’s book and catch a contact high.