Home Bazillion Points Books TOUCH AND GO: The Return of Battalion of Saints 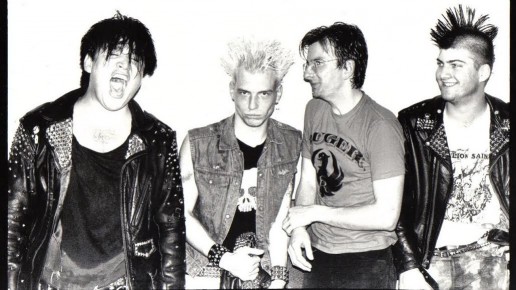 This caustic and abrasive Southern California band landed the beginning of the American hardcore movement. Their self-released 1982 debut EP, Fighting Boys, is a prime example of the homespun fury exploding from all ends of the country at the time. The follow-up, Second Coming, from a year or two later, is just a killer example of metallic hardcore that could hold its own against whatever UK bands like GBH, Discharge, or Broken Bones had to offer.

Check your trusty copy of TOUCH AND GO: The Complete Hardcore Punk Zine ’79–’83  for a classic Q&A session with Tesco Vee, featuring such journalistic gemstones as:

Tesco Vee: How many femmes are ready to fondle your M-16s after you play?
Battalion of Saints: FUCKLOADS

Mike Wallace, eat your heart out!

The upcoming Battalion of Saints EP is available for pre-order on clear vinyl via the Southern Lord website.