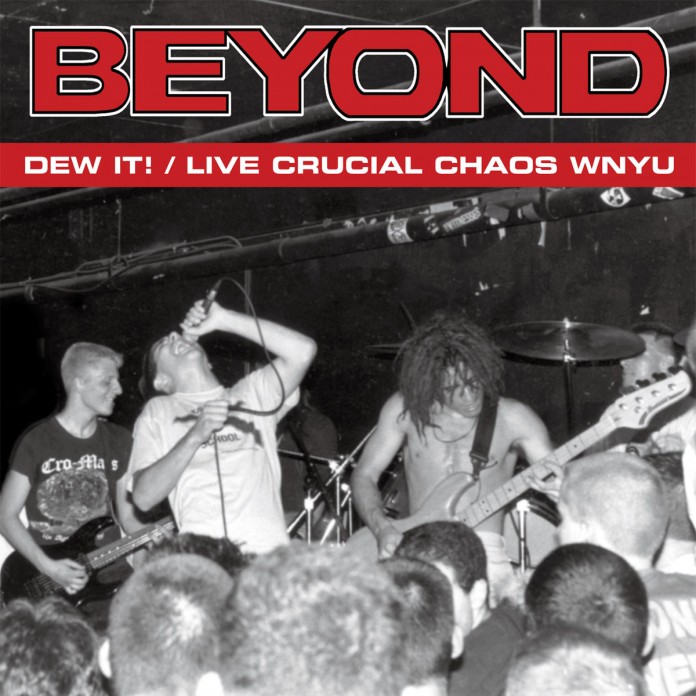 The late-’80s period of NYHC yielded many demo tapes that are now precious as gold. None surpassed the out-of-nowhere jolt to the moshing masses provided by Long Island’s Beyond and their “Dew It!” demo in the early part of 1988. Combining a love for the D.C. sound of Minor Threat and Dag Nasty with a covert sprinkling of musical chops picked up as Long Island metalheads hanging out at Sam Ash music stores, Beyond came up with something truly matchless.

The band’s metal roots in the band Radical Behavior were championed on this very blog back in 2008, when we posted the 8-song Rad Behavior demo 1985:

Later, members of Beyond would go on to be in important NYHC post-hardcore bands including Quicksand, Burn, and 108. So now, many years later, Revelation Records is releasing the classic demo on vinyl, adding a session the band recorded for legendary WNYU hardcore radio show Crucial Chaos. Also thrown into the package is a booklet of photos and flyers accompanied with liner notes written by NYHC: New York Hardcore 1980–1990 author Tony Rettman.

The LP titled Dew It!/Live Crucial Chaos is available for order this week directly from Revelation Records. Throw in copies of NYHC, Touch and Go, and We Got Power! while you’re shopping there.