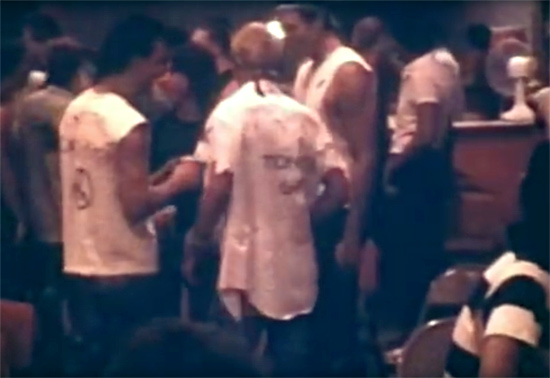 About a year ago, this footage of these Michigan hardcore forerunners was found in an attic somewhere, digitized and uploaded to that treacherous treasure trove known as YouTube. For us, this was a miraculous find—something for the ages—and we will not rest until every household in the world has seen the glory of this document.

Filmed July 4, 1981 in Fresno, CA, when the Fix opened for the Dead Kennedys, the short snippet gives a rarely-seen window into the Southern California scene as it got off the ground. Although only two minutes in length, you get a feel for the sweat-soaked evening, as slamming shadows bounce off the cavernous halls. The hardcore punk uniform is being to take shape. We even get the inevitable police bust at the end of the night!

Dive further into the kinetic energy of the early ’80s American hardcore scene, as it developed, band by band, record by record, and gig by gig, in TOUCH AND GO: The Complete Hardcore Punk Zine ’79–’83