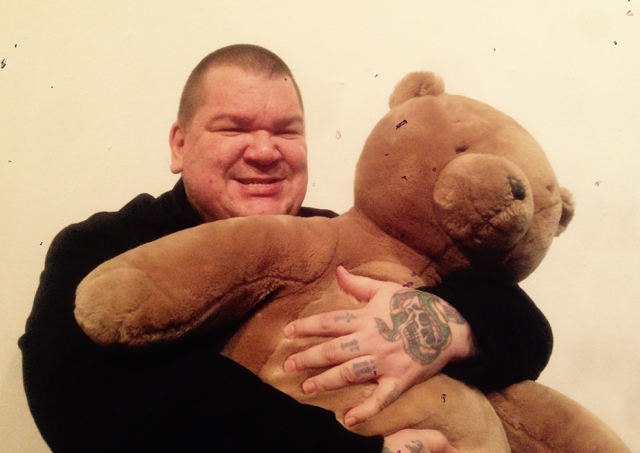 The meanest-but-most-loveable band in NYHC, Sheer Terror, has launched a Pledge Campaign for the stand-up purpose of releasing The Bulldog Box, a career retrospective vinyl box set. Once completed, the arm-twisting package will feature four twelve-inch records, including the essential Just Can’t Hate Enough; Thanks Fer Nuthin; the exclusive Old, New, Borrowed, and Blue EP; as well as a full fourth LP worth of demo recordings and rarities. 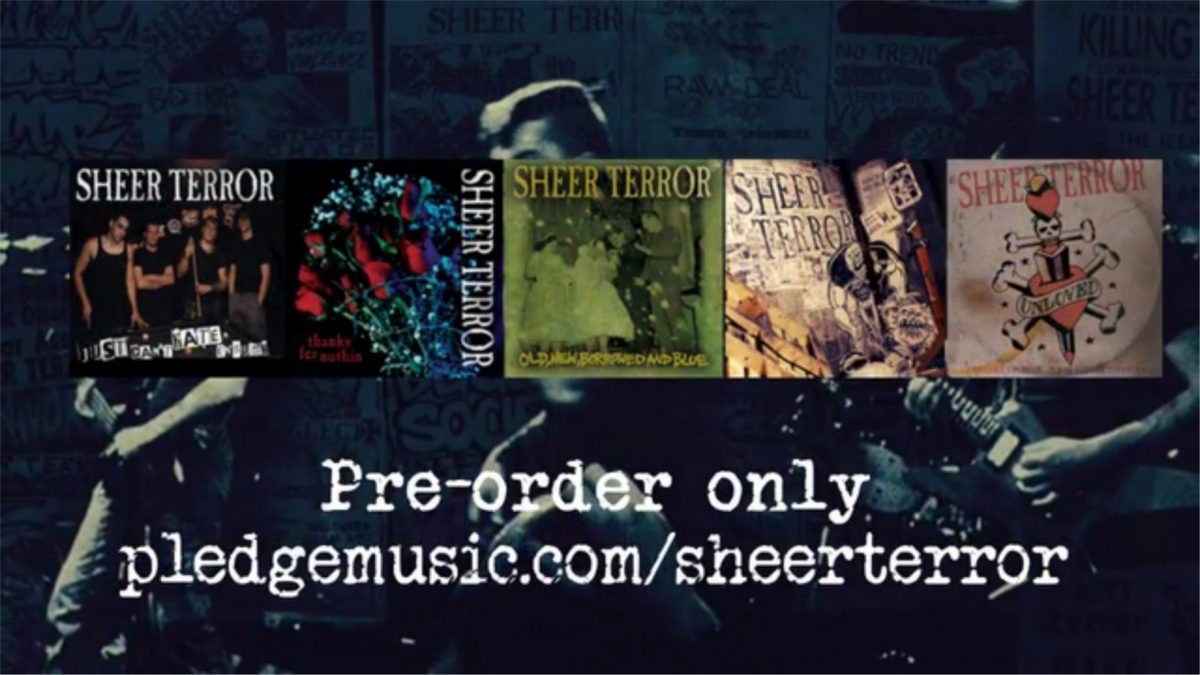 The box will also include exclusive art by NYHC contributor and artist extraordinaire Sean Taggart, plus “other shit we’re not telling you about.” Run to Sheer Terror’s Pledge Campaign page at this location. As usual, frontman Paul Bearer lays down the law: “This will not be in stores, so don’t come crying to us if you miss it.”

And bask in the glory of Paul Bearer at the NYHC: New York Hardcore 1980-1990 book release event (where the above “just a teddy bear” photo was taken):