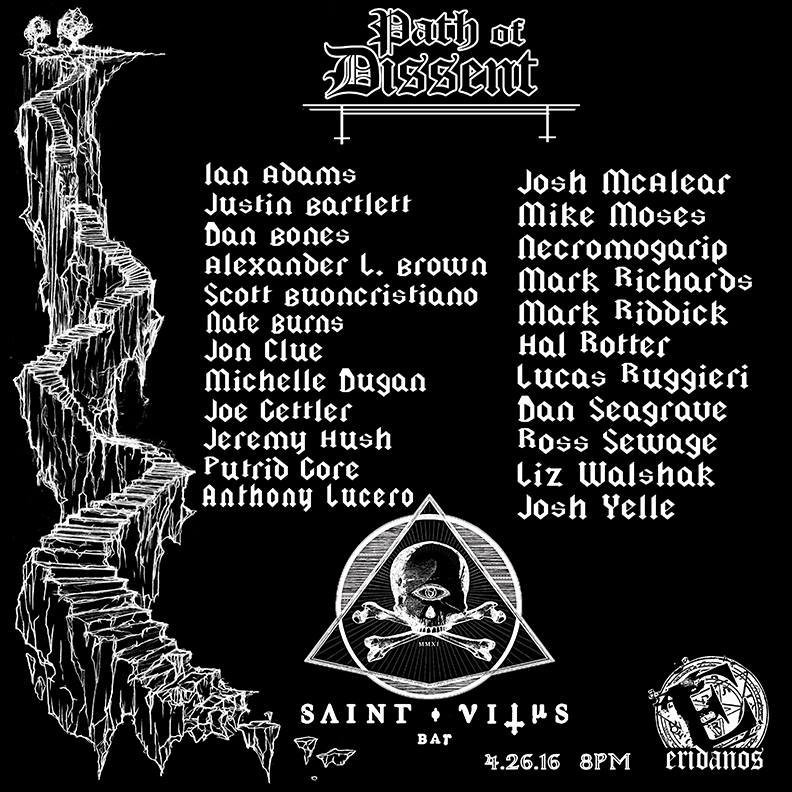 You might recall from Swedish Death Metal that Seagrave’s art has adorned the covers of some of the most revered death metal albums of all time. Amongst his Swedish roster alone are such hallowed titles as the first two Entombed albums, Carnage’s Dark Recollections, and Dismember’s Like An Everflowing Stream. Of course that’s just the tip of Seagrave’s artistic iceberg—he’s also known for Pestilence, Morbid Angel, and Suffocation covers, and he’ll be contributing the jacket to a Bazillion Points book this fall.

Seagrave will also join Choosing Death author Albert Mudrian and Bazillion Points publisher Ian Christe at the Grimposium in Philadelphia on April 16 to talk “The Art of Death Metal.”

Here are the Path of Descent details—give your eyes a reason to rip themselves out!