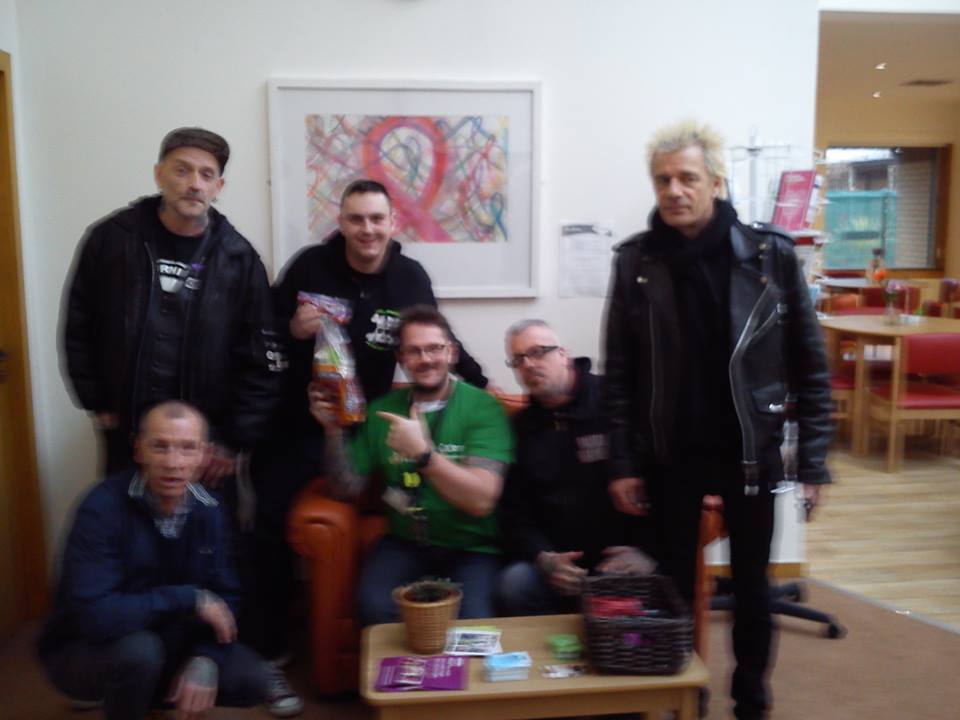 The weekend of March 25, G.B.H played the annual “Punk for Pam” festival, a concert honoring the memory of Pam Edinburgh (sister of GBH’s Jock), who passed away in 2011 after a decades-long fight with HIV. In the years since, the band has played in Pam’s name to raise money for Milestone Hospice, “the UK’s largest provider of support to people suffering blood borne illnesses.”

As he band explains: “they provided care and support to Pam and the Blyth family…and receive no government funding.” Milestone does receive punk rock funding, however—this year over £2,500, carefully stashed in a bread bag and delivered as per G.B.H’s standard protocol. See blurry photo for details!

Ross Lomas describes playing benefit gigs in his book CITY BABY: Surviving in Leather, Bristles, Studs, Punk Rock, and G.B.H: “We just did what we do; strapped on our guitars and played some gigs to raise money for the campaign…”