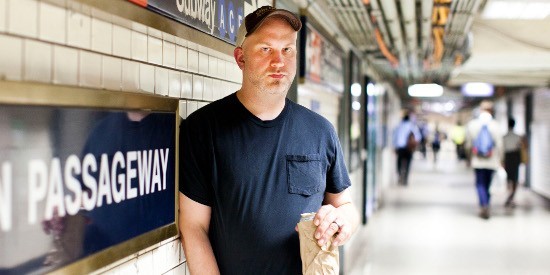 Our beloved NYHC: New York Hardcore 1980-1990, by Tony Rettman author Tony Rettman was recently interviewed by Alternative Press about hardcore punk in 2016, his history in radio, his musical inspirations, and more. Highlights include a story about Rettman seeing Black Flag play at age 11, days after a mass-shooting at a McDonald’s. As he recalls:

“This might not make me sound like the most sane person in the world, but I remember the first hardcore punk show my brother ever took me to. I was like 11- or 12-years old, and it was a Black Flag show. A week or two before that, something happened out in California, where some guy went into a McDonald’s and just started firing a gun and killed a bunch of random people. So at that Black Flag show, Henry Rollins said something in-between songs like, ‘Hey did anybody hear about that thing that happened where we live, where the guy went in and shot up that McDonald’s?’ And he was like, ‘Wasn’t that fuckin’ cool?”’ [Laughs.] and the whole crowd was like ‘Yeah!’ I just remember being at the back of the hall, standing on a chair, being like, ‘Wow, I’m around a bunch of fucked up people,’ and strangely I felt comfortable about that.”

Also, Rettman takes AP back to its subcultural roots, describing his leap from hardcore punk to Sonny Sharrock and Amon Duul and back again.