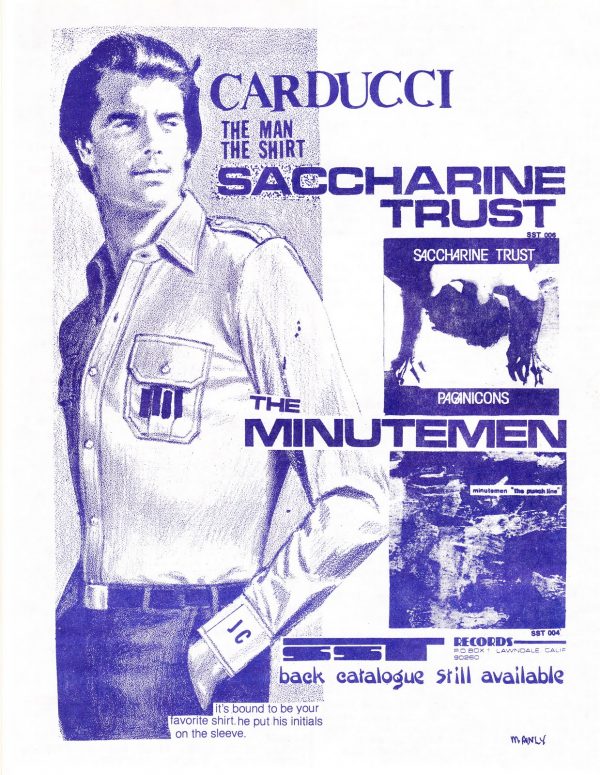 WE GOT POWER! essayist (and Rock and the Pop Narcotic/Stone Male author) Joe Carducci recently seized the control’s of John Allen’s amazing and long-running WFMU show for a full immersion course on 1980s DIY music. For a full four hours, Carducci retells the story of how he helped construct the American music underground through his jobs at Systematic Distribution and later SST Records. Bands on queue include the Normals, Zero Boys, Reign of Terror, Smegma, Homosexuals, Europeans, Trax, Carsickness, Plague, Honor Role, and many others.

Stream the words of wisdom and sounds of independence at THIS LOCATION: https://wfmu.org/playlists/shows/66686

As the program notes state, the show is “best enjoyed over a six pack and a page open to discogs,” and afterwards plant your eyeballs in this fertile territory for complete mastery of the era:

WE GOT POWER!: Hardcore Punk Scenes from 1980s Southern California, by David Markey and Jordan Schwartz