Home DEATH/BLACK METAL ONLY DEATH IS REAL: “New” Hellhammer Single from 1983 Due in August 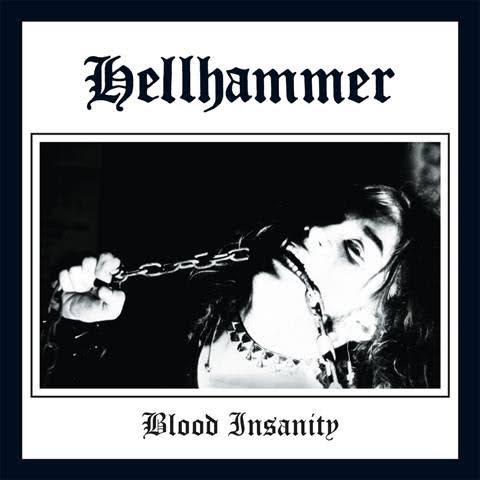 Despite dissolving more than thirty years ago, and absolutely not reuniting, Swiss extreme metal trailblazers Hellhammer will issue a “new” seven-inch single, “Blood Insanity,” in August 2016.Both songs featured on the disc, “Blood Insanity” and the B-side “Maniac,” were recorded in 1983 during the band’s Triumph of Death demo sessions. Band members initially envisioned the tracks would be released as a NWOBHM-style single. At last, the record’s time has come.

Says Hellhammer driving force and ONLY DEATH IS REAL author Tom Gabriel Fischer: “[‘Blood Insanity’ has been] produced in full coordination with members who played on these songs, and designed as faithfully as possible in accordance with the original concept we devised thirty-two years ago.” The record even features the original Prowling Death Records number assigned at the time: PDR 007.

Preorders from Century Media Distro open on Friday, July 22. Move with necromantic speed, as “Blood Insanity” is limited to a one-time only pressing of 3,000 copies, divided along the following formats: