Home PUNK/HARDCORE Punk Rock WE GOT POWER!: Hurry Up and Nab Streamage of the New Descendents... 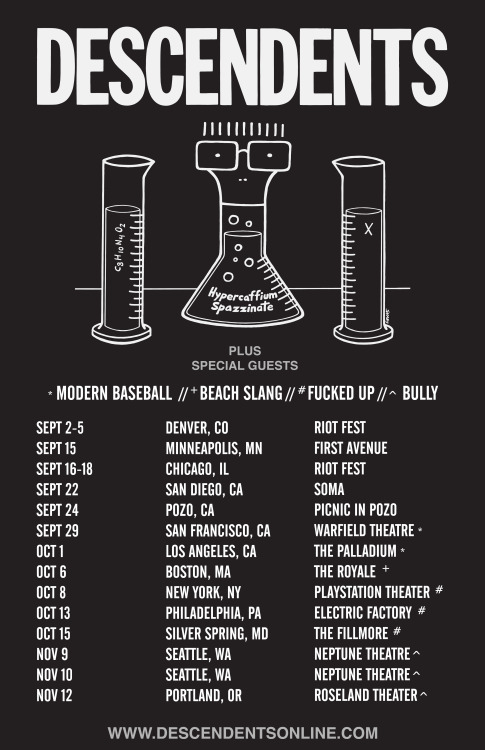 Today Southern California punk legends Descendents are unleashing Hypercaffium Spazzinate, their seventh long-player. This is the hugely influential group’s first album since 2004’s Cool to Be You, and their second for Epitaph Records following Everything Sucks all the way back in ye old 1996.

You can order Hypercaffium Spazzinate AT THIS LOCATION, and start getting your spazzy slam game in order for the Descendents’ North American tour this fall with Modern Baseball, Fucked Up, and Bully.

And feast your eyes on Joe Carducci’s heavy, photo-rich chapter on the original Descendents lineup in our powerhouse anthology WE GOT POWER!: Hardcore Punk Scenes from 1980s Southern California Punk by David Markey and Jordan Schwartz.

Read WE GOT POWER!